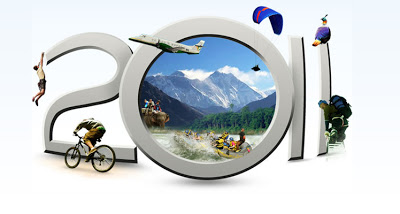 Facebook
Twitter
Pinterest
WhatsApp
(1) Though the blush was off the rose out of the gate, I’m really tired by the Obama Administration and all of the parasites that swept into office in his wake. It’s been a long two years and the historic defeat of the Democratic Party in November, while gratifying, doesn’t end the ObamaNation. Obama may be a citizen or maybe he isn’t. He may be the love child of his momma and Frank Marshall Davis and he may not be. One thing is for certain. He’s bad for the nation. I can’t think of one positive thing he’s done in office.
(2) The 111th Congress spent (borrowed) more money than the previous 110 Congresses. It’s not an accomplishment to crow about. We’ll be paying it off for a long time. And the economy has yet to find a bottom such that we can say we’re recovering. Maybe we’ll bottom out in 2011. Maybe not.
(3) The situation in Mexico, being ignored for the most part by the Obama Administration, will turn out to be a lot more difficult to fix as the cancer that is the narcotics cartels continues to grow in strength and spread. They’ve instituted the Merida Initiative but the Mexican Government is so corrupt that if any of those guys make it to heaven, they’ll steal every last harp. (a line from my upcoming novel: Bloody Mexico: A Novel of Cartel Wars) I may sound ungrateful because the unbridled violence and corruption has given me something to write about.
(4) I’ve had children move back home in 2010…

I hope that you are all able to tick items off your bucket list in the coming year.
And I’m welcoming 2011 in the hope of a better year with a block on the Democratic Party juggernaut.
Here is wishing you all love, fortune and health in the coming year!!