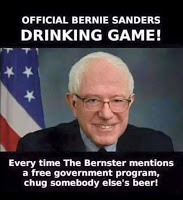 “Imagine a world where the police are the enemy, the government spies on citizens, the IRS is used to silence opposition, patriots are called terrorists and terrorism is called ‘workplace violence’, and the Democratic Party’s leading candidates are a socialist and an old lady under FBI investigation.”

The mainstream media has a love-hate relationship with Republican Party candidate Donald Trump, who they still maintain is not a serious candidate. But as much as Trump plays them like a fiddle, they enjoy him. They do not enjoy Dr. Ben Carson. Carson, to the media, is the worst sort of race traitor. He’s a man born into abject poverty in Detroit, raised by an illiterate single mother, who bootstrapped his way to be a celebrated neurosurgeon who is now running for president. Carson is a man of devout faith too, and I don’t know if they hate him more for being an American success story or for his belief in God.
To add insult to injury, Republicans (who the Democrats maintain are deeply racist) are supporting Dr. Carson on an equal footing with Donald Trump, the white fat cat billionaire. They mock Carson to the extent that their liberal hearts will allow, but Ben Carson just smiles and goes on being a quiet man with good common sense and a kind heart — preaching limited government, civil liberties, and a return from the socialist morass that is destroying the nation. And if the standard liberals hate Dr. Carson, #blacklivesmatter hates him with a vengeance because he says that all lives matter. What sort of insanity is THAT? 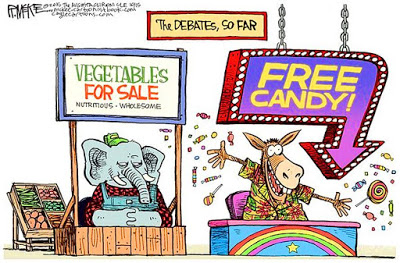 Americans are engaging in endless speculation on presidential politics these days. Jeb Bush is lashing out because nobody wants to come and hear him say anything, even though he’s raised a lot of money. Carly Fiorina surges after debates but has a difficult time keeping up in the polls. Hillary Clinton fears her, but it doesn’t seem as if she’ll gain the nation al traction that she needs. Marco Rubio is doing well, but not well enough. The same is true with Ted Cruz. The rest of the Republican pack needs to get out of the race.
The next President of the United States might just be Donald Trump. The Democrats have been fudging the numbers as we all know and 92 million Americans are out of the labor force/unemployed. Those numbers are staggering. Trump’s message of making America great again and his skill of bringing jobs back to American soil will resonate while Hillary promises another four years of Obama, only this time under female leadership.