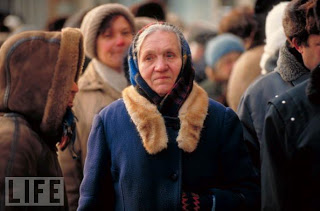 Facebook
Twitter
Pinterest
WhatsApp
Hungary, Poland, Bulgaria, France and Ireland have found a solution to their budget woes: They are seizing private pensions. Barack Obama, a “proto-European”, must be taking notice of this as he tries to Euroize the USA.

On Dec. 13, 2010. Hungarian lawmakers rolled back a 1997 pension reform, allowing the government to effectively seize up to $14 billion in private pension assets to reduce the budget gap while avoiding painful austerity measures.
People’s retirement savings are a convenient source of revenue for governments that don’t want to reduce spending or make privatizations. As most pension schemes in Europe are organised by the state, European ministers of finance have a facilitated access to the savings accumulated there, and it is only logical that they try to get a hold of this money for their own ends. In recent weeks I have noted five such attempts: Three situations concern private personal savings; two others refer to national funds.
The most striking example is Hungary, where last month the government made the citizens an offer they could not refuse. They could either remit their individual retirement savings to the state, or lose the right to the basic state pension (but still have an obligation to pay contributions for it). In this extortionate way, the government wants to gain control over $14bn of individual retirement savings.
The Bulgarian government has come up with a similar idea. $300m of private early retirement savings was supposed to be transferred to the state pension scheme. The government gave way after trade unions protested and finally only about 20% of the original plans were implemented.
A slightly less drastic situation is developing in Poland. The government wants to transfer of 1/3 of future contributions from individual retirement accounts to the state-run social security system. Since this system does not back its liabilities with stocks or even bonds, the money taken away from the savers will go directly to the state treasury and savers will lose about $2.3bn a year. The Polish government is more generous than the Hungarian one, but only because it wants to seize just 1/3 of the future savings and also allows the citizens to keep the money accumulated so far.
The fourth example is Ireland. In 2001, the National Pension Reserve Fund was brought into existence for the purpose of supporting pensions of the Irish people in the years 2025-2050. The scheme was also supposed to provide for the pensions of some public sector employees (mainly university staff). However, in March 2009, the Irish government earmarked €4bn from this fund for rescuing banks. In November 2010, the remaining savings of €2.5bn was seized to support the bailout of the rest of the country.
The final example is France. In November, the French parliament decided to earmark €33bn from the national reserve pension fund FRR to reduce the short-term pension scheme deficit. In this way, the retirement savings intended for the years 2020-2040 will be used earlier, that is in the years 2011-2024, and the government will spend the saved up resources on other purposes.
It looks like although the governments are able to enforce general participation in pension schemes, they do not seem to be the best guardians of the money accumulated there. I’m sure that the US could do a much better job of it — right? You all trust their ability to manage your retirement savings — well, the progressives and liberals do.