The Sin of Ingratitude 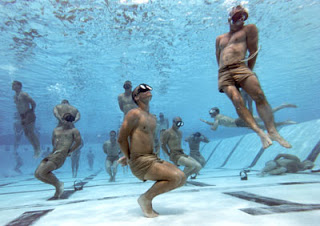 Facebook
Twitter
Pinterest
WhatsApp
I have a lot of faults, but I hope that ingratitude is not among the list.
On this Thanksgiving Day, I feel more profoundly moved toward being grateful for the bounty that I have enjoyed in my life. Reflecting back to my youth on the things that I had hoped to do both professionally and personally, I managed to do them all. It’s not small thing when you consider both my ego and ambitious nature. Less that be considered boastful, let me assure you that it’s a matter of thankfulness that I have had the circumstances presented to me where I could do those things.
One of the nice things about being in middle age is the presence of grandchildren in my life. It’s a reward for raising children with the sort of values that they themselves would want to bring their own children into the world and raise them up to honorable adulthood.
I don’t want to leave you with the impression that what I have had as an American, and as a man has come easily. The shouters and marchers who crowd some urban centers even today on Thanksgiving are demanding a free ride through life. Freedom isn’t free, and neither is bread.

In order to keep from drowning, the US Navy taught me techniques called “drown-proofing”. Going through this ordeal wasn’t easy, but I learned how NOT to drown. And I’m thankful for those hard times that helped to make me hard. The movement for ‘free everything’ doesn’t understand that whatever you do to earn freedom involves some sort of pain. And while I didn’t want the pain at the time, I’m even thankful for that. (though endless flutter kicks in training conjure up a really painful memory)
I’m thankful for my country and for what it usually stands for, though there have been times in my life where I looked at the flat – or at some of the people voted into positions of great responsibility, and felt ashamed.  For the most part, my nation has stood for the right things, and has encouraged people to work and earn so that they could have the dignity of earning what they ate. There is a dignity that is imparted by work. I’m thankful that I was healthy enough to work and to earn compensation for my labor.
I’m grateful for love, having loved and having been loved. Some people don’t know that they are loved. A lot of those people are well compensated actors and reality show participants, who can be seen wallowing in their sorrows on television every single day. I don’t fit into that category, and I’m thankful for it.
I’m fortunate enough to have friends. Not a lot, but enough, and people that I care about and who in turn care about me. A couple of days ago an acquaintance asked me about a friend of mine, who was part of the Somalia disaster that inspired the feature film Blackhawk Down. He was shot three times on the streets of Mogadishu while he served his country, and survived to fight another day. I explained, “He’s my friend because he’d take my back. And if somebody hit me in the back, I’d know that he was laying dead behind me.” That is my definition of friendship. The friendship I give and that which I demand. It’s a litmus test for commitment demanded of true friends. A man with friends like that can’t help but be humbled by the honor they do by offering that sort of friendship.
Happy Thanksgiving – It’s our right as Americans to eat too much, watch football on TV and spend some time with family and friends.
###