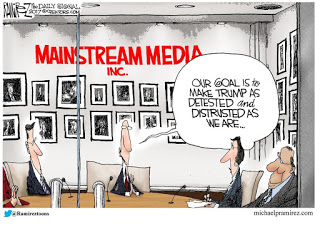 Facebook
Twitter
Pinterest
WhatsApp
Here are a few bits and pieces that you won’t hear about in the New York Times on CNN or MSNBC because it doesn’t fit their narrative.

(Washington Examiner) A majority of online and social media defenders of Obamacare are professionals who are “paid to post,” according to a digital expert.

“Sixty percent of all the posts were made from 100 profiles, posting between the hours of 9 and 5 Pacific Time,” said Michael Brown. “They were paid to post.”

And this link below underscores what I count as wisdom to have made the decision to leave California. I doubt that it will pass because the legislature won’t be able to find the $40 billion to pay for it — but the thought is unsettling.

State Sen. Ricardo Lara introduced a bill Friday that would make California the first state to adopt a single-payer system, according to the Los Angeles Times.

Single-payer bills made it through the state’s legislature in 2006 and 2008 but were vetoed by then-Gov. Arnold Schwarzenegger. Under such a system, the government essentially becomes the health insurer, sidelining private insurance companies and dictating coverage.

“More than ever, we know that universal healthcare is popular in the minds of Californians,” Lara told the Times.

I don’t know if the DJI will pass 21,000 this week, but the market has created roughly $3 trillion since Donald Trump was elected. The elite, corrupt, smug, mainstream media write this off as a ‘hiccup’ that they try to explain away the meteoric rise in confidence in traditionally pessimistic economic markets. It doesn’t matter whether or not you own stock. The boom benefits us all.
News of toy makers returning manufacturing to the US from China, Intel bringing 10,000 jobs to Phoenix and auto plants opening in Michigan and elsewhere should be headlines, but they’re not because the progressive, self-satisfied, elite mainstream media has other political plans and they don’t include giving out good news that would encourage the GOP. 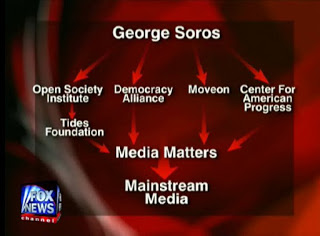 The elite mainstream media is not a monolithic group. It consists of many like-minded billionaires, each with a slightly different goal and plenty of money to pursue it. Sadly, you don’t see many of them promoting a drained swamp in Washington DC. That’s primarily because they have benefited in a massive way from the swamp, political pay-offs and kick-backs. They hire the K Street lobbyists and they drop bags of cash on the desks of lawmakers. It’s been a sweet hustle, and they do not want to see that come to an end.

It’s not just George Soros (diagram left) or Jeff Bezos who owns Amazon.com, the Washington Post and has a $600 million contract with the CIA for cloud computing. The legion is vast and none of them have your best interests at heart.

While in Mexico I had a lunch conversation with a very senior member of the Mexican Government and he was mystified why the meeting that Carlos Slim had with President Trump didn’t soften the American view of Mexico. I said, “Carlos Slim owns a majority share in the New York Times and all it does is print lies about him.” My friend chewed down his bite of steak, took a slug of red wine and said, “well that makes sense, doesn’t it?” He said it in Spanish, but you get the picture. 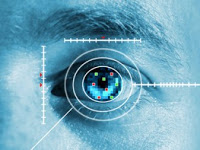 Within a year or two, we should see retina scans at airports as part of the security process. (more here) It’s in the beta test mode but it’s a more certain way of identifying people and matching people to travel credentials. If you’re upset about all this drama – thank a Muslim.

I’m no happier about this and DNA than anyone else is, but it’s the future, it’s coming and we will all have to live with it.

I’m documented from here to next Thursday because of what I’ve done for a living including Global Entry/Sentri, etc. and I don’t fear it, but I’m not comfortable with it either. It’s just one more brick in the wall. Though I don’t think that there will be much retinal scanning done up on Arizona’s Mogollon Rim.