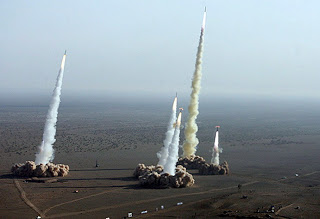 A new report from the Congressional Research Service explains more or less what everyone (outside of the White House) knows. Economic vitality and national security are inexorably linked. Harken back to the days of the Second World War where American industrial might tipped the tide in both the Atlantic and Pacific Wars. As much as the Russians discount allied help in their Great Patriotic War against the Nazi Germany today — back then the the convoys and technical aid they received made a significant difference. While I don’t discount the blood and sacrifice of individuals and nations, the “arsenal of democracy” could be counted on.
Today the disastrous “progressive agenda” in America has brought us to this sorry state that we find ourselves in.
Today, CRS states, “There is scarcely an economic policy issue before the Congress that does not affect U.S. national security. Likewise, there is scarcely a national security policy issue that does not affect the economy.”

“The United States has long been accustomed to pursuing a rich man’s approach to national security,” the CRS report said. “The country could field an overwhelming fighting force and combine it with economic power and leadership in global affairs to bring to bear far greater resources than any other country against any threat to the nation’s security…. [In the past,] policies for economic growth and issues such as unemployment have been viewed as domestic problems largely separate from considerations of national security.”
“The world, however, has changed. Globalization, the rise of China, the prospect of an unsustainable debt burden, unprecedented federal budget deficits, the success of mixed economies with both state-owned and private businesses, huge imbalances in international trade and capital flows, and high unemployment have brought economics more into play in considerations of national security.”
Consequently, “In national security, the economy is both the enabler and the constraint.”
See “Economics and National Security: Issues and Implications for U.S. Policy,” Congressional Research Service, January 4, 2011:
http://www.fas.org/sgp/crs/natsec/R41589.pdf