SERE – and the US Senate 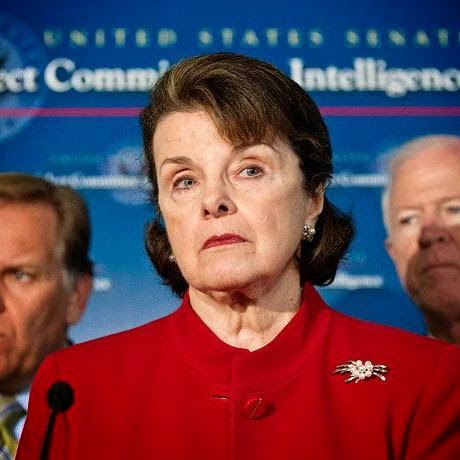 Facebook
Twitter
Pinterest
WhatsApp
>>WARNING – GRAPHIC<<
There is underlying hypocrisy in the US Government’s double standard in which we use armed drones to silently attack people in countries that we are not at war with without prior notification. The Obama Doctrine calls for us to kill whomsoever we please, wrapped in the American flag and justified by ourselves and our cat’s paw, the mainstream media.
At the same time, we excoriate the CIA’s use of enhanced interrogation techniques on terrorists as authorized by Congress. Yes we had “black sites” where we conducted interrogations. No, the CIA did not disclose the location of each site to a notoriously leaky Congress. I am not calling Congress a pack of traitors, specifically anyway. Would some in the congressional delegation give aid and comfort to the enemy? (of course – is Jane Fonda a movie star?) Would they hang for it? Did the current Secretary of State, John Kerry? He’s still alive, so no. And the traitor, Secretary John Kerry ,holds a position of honor, trust, profit and wields considerable influence in the Obama White House.
What is TORTURE?

Since the US military currently trains service members and members of intelligence organizations to resist torture, and it was only those techniques that the CIA employed against terrorists, it’s worth an in-depth review. Since many thousands of US service members including me have undergone this training, calling it “torture” in the sense that a Palestinian would torture a captured Israeli – makes no sense.
Context and Precedence
Based on lessons learned from survivors of the brutal North Korean and North Vietnam torture of US military prisoners of war, the Department of Defense ordered all branches of the services to implement comprehensive Survival, Evasion, Resistance and Escape (S.E.R.E.) training programs. Every member of Congress should be extremely well versed on the military S.E.R.E. programs since they have had direct oversight and funding of these programs for over 40 years. Over 40,000 US Service men and women have been through SERE.
Both the US Air Force, US Army and US Navy run SERE programs. They differ slightly in format, but are not so different as to differentiate forms of enhanced interrogation. The US Air Force trains in Washington and the Navy had schools on the East and West Coasts. (Sometimes they just run schools on the West Coast, but there is a heavy demand for the training.
This is how the US Navy program works: Classes of 40 or more are put through beach and water  survival techniques. It’s a joint classroom and field application training program where the focus is on education. (It’s not unlike the television survival shows that you may have seen but without challenges or rewards) The survival portion almost always includes escape from a crashed aircraft as well as elementary “drown proofing”.
Following classroom education, the class is moved to a remote location where students must evade capture for a period of time and live off the land. If they are not captured, they are required to surrender at a point in the process and are given a reward for not having been taken by the opposing/hunting force.
Captured students are hooded with their hands bound and are brought to a Navy run prisoner of war camp. You are kept hooded and placed into a metal box 2 feet wide, 2.5 feet high and about 3 feet long, stripped naked if you resist. If you don’t you keep your underwear. They keep you sealed inside that box where you shit and piss yourself, over and over. There is constant noise, propaganda and verbal abuse 24/7. They played Greek folk dancing music in a portion of my training. I think that may have been the most inhuman portion of the whole experience. 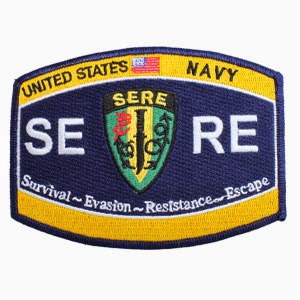 I was interrogated by water board three times. The first time they laid me on my back, hosing all of the accumulated dedication from me, then elevated my feet to about 30 degrees with a filthy towel with my own waste on it held over my face. Water was poured over it onto my face, up my nose, and I was questioned stridently. Yes, you feel as if you will drown. It’s not pleasant, but it’s nothing compared to what you would received at the hands of America’s enemies.

I’ve witnessed Mexican military waterboarding of civilians taken out of their cars at random highway checkpoints and it’s worse than what I went through. In Mexico they like kicking your kidneys until you pee blood in addition to the water board. In mexico, they choke you with a filthy rag before they pour soda water (Tehuacan) into your nose. Keep in mind that these are ROUTINE CIVILIAN TRAFFIC STOPS OF UNSUSPECTED PERSONS.

The US Military didn’t torture me in SERE, they educated me. The techniques used to train 40,000 Americans were used by the CIA against terrorists. Is it torture? You decide.

I personally would have preferred to have gone through the Air Force program, but was never given the option.