The Value of Sports 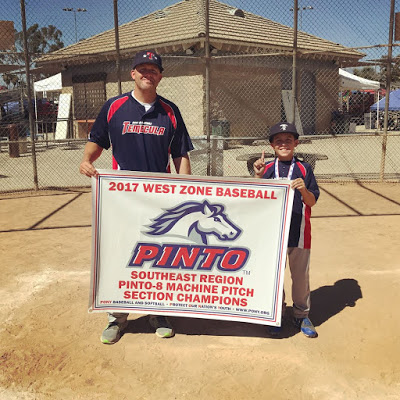 My grandson (8) plays baseball in the Pinto League. I’m a big fan, naturally, even though it’s been very warm at the games. My sense is that if he can be out there playing, I can sit in the heat, watch and cheer.
My son-in-law started off on the sidelines and is now coaching the kids. I’m proud of him as well. There is a lot of parental pressure on teams to do well and it lands squarely on the shoulders of the coaches.
On Sunday, July 2,  they won the Southeast Region Sectional Championship. Next week, begins the final play-offs for the “World Series”, which will be played in San Marcos in about three weeks. The competition there is brutal, but that’s how sports are. There are winners and losers. It’s a metaphor for life. 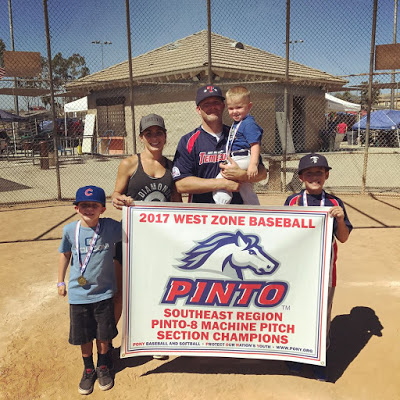 He played during the regular season, now is playing with the all-star (summer league) team, and I applaud the grit and determination to play and win against equally determined players on other teams.
My daughter, son-in-law and their three boys (left) are there for every game – and the league requires that they travel throughout Southern California to games.
Congratulations to Temecula Blue Team (there are three teams from Temecula, CA) and their triumph.

Next year, they give up machine pitches for a pitcher. My grandson has his fastball and change-up, down and is improving his curve ball. I taught him to throw a knuckleball and a cutter. It remains to be seen how he implements them in season play in 2018. A cousin on his dad’s side is currently playing big league with the Brewers. 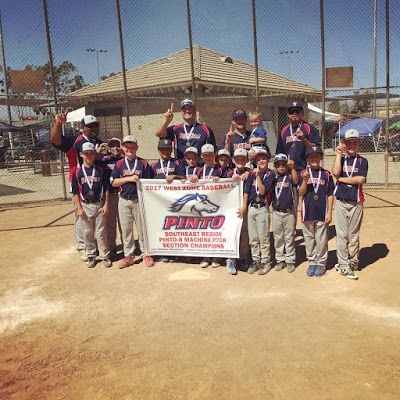 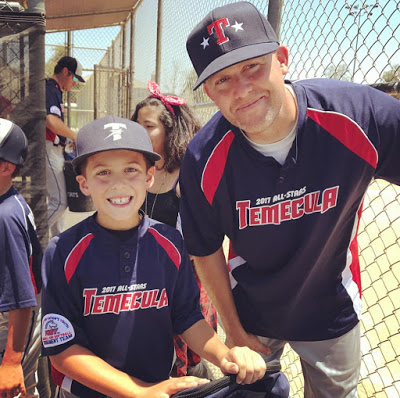