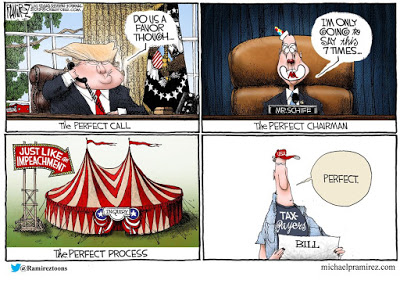 Your take-away from the impeachment hearings should be an understanding of the methodology used by politicians to launder taxpayer dollars that they’ve earmarked as “foreign aid” and “military aid” back to themselves through family, friends and corporate donations.
Ukraine is the tip of the iceberg. Imagine the rot that would be uncovered if we could shed ourselves of the FBI, which is part of that corruption, and have genuine investigations, unfettered. We know that the corrupt, lying, filthy, sly mainstream media wouldn’t investigate this sort of thing honestly. Yes, stories do surface occasionally and some make it to print – but then they’re spiked.

“The further society drifts from the truth, the more they will hate those who speak it.” – Orwell 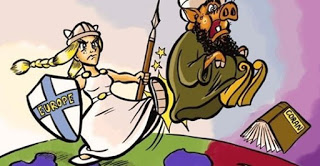 Norway reports that since they’ve been deporting Muslims back to their point of origin that the crime rate in Oslo has dropped 31%. I’ll ask my good friend, John D. (comments here as Valuism) for his reaction in the comments below because he lives in the Oslo suburbs and has his finger on the pulse.
I don’t see how deporting savages wouldn’t lead to a drop in crime.  (article snip below)

Oslo, Norway: “The world’s largest gang of thugs, murderers, and rapists is masquerading as a religion of peace,” says Adrian Stavig, a resident of Oslo. Beginning this past January, the new Norwegian Prime Minister, Erna Solberg began a program which targets and deports Muslims who have ties to radical groups.

Something stunning occurred: the country’s violent crimes are down more than 31% in less than a year since Muslim deportations began.

When I criticize Mohammed or the followers of that savage faith, I am occasionally called ‘a racist’. I remind critics that Islam is not a race. It’s a faith. You’re not “born a Mohammedan”. It’s a system of beliefs that you can embrace or not.  And by their fruits ye shall know them. Some of us used to kill them for a living. Ordnance on target – and then Barack opened the gates of the nation to them. How progressive.
OLD NFO’s book, CALEXIT Predicted it 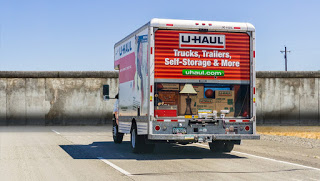 (link) SACRAMENTO, CA—California’s state government has announced it will agree to build a wall as President Trump has been pushing for, except this wall will keep people in, not out.
People trying to flee the socialist state in U-Hauls in search of a better life will be greeted with a large concrete structure running across all exits from the state. Modeled after the Berlin Wall, the structure will provide comfort and security to state legislators fearful of citizens fleeing for basic necessities like electricity, taxes less than 100%, and plastic straws and bags.
The rest of the country all pitched in for the wall, too, so Governor Newsom only needed to raise income taxes by a few percentage points to fund it.
Thank you Babylon Bee…