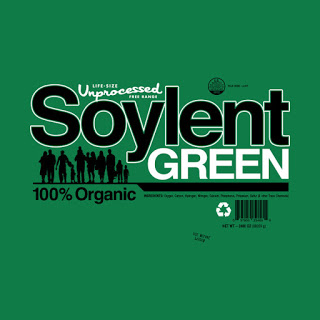 Facebook
Twitter
Pinterest
WhatsApp
Technically with a headline like “sacrifice”, this would be a Sunday Sermonette. Friday is typically a slow blogging day and with me preparing to leave the mine to take care of needful things, I’d shuck it off to the weekend. BUT it’s a discussion that needs to be had. Are you willing to sacrifice to the God of the Green New Deal? Arbeit Macht Frei, my friends. And none of this is Babylon Bee fodder. It’s not satire, it’s the news.

Will YOU join the cause? Are you willing to save the planet? If so, the Democratic National Socialist Worker’s Party wants you.
During the CNN Climate Change Town Hall, Pete Buttigieg, the Butt Guy, says burger eaters, straw users to blame for climate change and that God hates them. Under other circumstances, one would wonder who the messianic Butt Guy thinks he is, but we know exactly who he knows he is. He’s an elite member of society, and he’s better than you. He’s so much better that you (a fool living in fly-over country with your guns and your Constitution) that you can’t even comprehend how awesome he is, flying from place to place in his rented Gulfstream.
Kamala Harris admitted that the sort of sacrifice required if we’re to survive for the next 11 years will mean that we kill all of the farm animals in the US and give up meat…and straws, but you can keep your disposable plastic water bottles for now, because the Party hands them out at events. What will the rest of the world do? (CNN didn’t ask Harris that) Nothing, they’ll go on as they have been. But you will have to mortgage everything to pay for her vision. Is her vision of impending doom based on facts? No. But she has a feeling and if you go with that and elect her Queen of America, it will require everything that you, your children and grandchildren are likely to own if the planet is to be saved.
If you want to stop hurricanes, pay the tax. And if there are STILL hurricanes, you’ll just have to pay more and more and more, until they stop. And if you want hurricanes to stop even faster, hand in your firearms and ammunition to the nearest Democratic National Socialist Worker’s Party Office. And while you’re at it, also hand in plastic drinking straws.
The water levels are about to rise and consume the coastal areas of the world…which is why Barack bought a $15 million mansion, right on the beach. I guess that he’s not a believer.

That’s not Chicken in your Chicken Chow Mien

(Breitbart) Swedish behavioural scientist Magnus Söderlund has suggested that eating other people after they die could be a means of combatting climate change. The scientist mentioned the possibility of cannibalism during a broadcast on Swedish television channel TV4 this week about a fair in Stockholm regarding “food of the future”.

Söderlund is set to hold seminars at the event, entitled “Gastro Summit — about the future of food” where he intends to discuss the possibility of eating people in the name of cutting down greenhouse emissions.

According to research that Söderlund conducted, Swedes have a taboo against cannibalism. Who could have predicted that? The whole Soylent Green scenario is playing out as life imitates art. He has tried to convince fellow Swedes that sustainability and survival in the few dystopian years that we have left on this planet means that we need to seriously become like Morlocks in Well’s War of the Worlds. He didn’t go so far as to suggest farming people in third world countries where the birth rate is through the roof, but he doesn’t have to.
Last year, noted atheist and evolutionary scientist Richard Dawkins advocated for lab-grown meat and suggested it may be used to “overcome our taboo against cannibalism”. I expect to see AOC and friends submit a bill in Congress advocating cannibalism (don’t look too closely) as a source of protein after we’ve slaughtered all of the farmyard animals because they fart.
The fact that this is seriously considered in some circles lets you know how impossibly insane the progressive movement has become.

MIke_C – Re Churchill on war, and war as it pertains to the US: I suspect that many of our recent adventures (overt as opposed to covert actions at any rate) have NOT been for actual self-defense, nor to impose the will of the American people (and govt/corporate interests; collectively call it “SPQA” if you will) on other nations and peoples. Those would actually be legitimate uses of US military power.

Rather, no small proportion of our foreign adventures is to ensure that we have the same enemies as a small, beleaguered, yet brave and plucky nation that really really really didn’t mean to rocket, strafe, napalm and torpedo one of our warships.
The point of all the above is to assert that (in my layperson’s opinion), one of the purposes of our recent adventures is NOT to win, but to impose suffering on segments of the US population. War not being “smooth or easy” is not a bug, but a FEATURE. This is not particularly out of malice, but to manipulate public sentiment toward using the military, political and economic powers of the US in support of policies that are not necessarily “America first” but at best “America second”.

There was, and likely still is an opinion running through the Pentagon that it’s better to “fight them over there rather than over here”. Thus Iraq, Syria and Afghanistan were viewed as lode stones to attract jihadis to THAT fight (overseas contingency operation) rather than to have them blow stuff up in the US of A. That raises a number of ethical questions. If you are over there with Big Army blowing things up, shooting relatives and searching people’s houses, does it win hearts and minds?

Jim – Climate change is something that’s been going on since the earth formed and seems to be tied to solar activity. Man’s impact is minimal. This whole business borders lunacy. Rather it’s crossed that border.

Agreed, but this manufactured crisis offers the National Socialists an opportunity to seize power and tax the nation to an unprecedented degree. And with the corrupt, lying, wicked, sly mainstream media beating the drum for them – the Ministry of Truth – they feel that they have a shot. No more burgers for you.

Never got the urge to get tattooed. If someone else wants to cover their body in ink that’s their business. Just think, however, what’s dragon going to look like when you’re 80.

I don’t do ink. However all of my daughters have something somewhere as do the sons-in-law. I don’t understand the motive, personally, but perhaps I am a dinosaur (right along side you, Jim).

LindaG – Since Michelle hated living in a “slave built” White House; would the Capital move to Martha’s Vineyard where she will live in the luxury of her mansion?

It would be a huge sacrifice for the Obama’s to move back to the White House, but would they do it for the opportunity to graft out another half billion and “save us all” from President Trump, the bad orange man? Sure they would. Michelle Obama is completely incompetent, but that doesn’t differentiate her from the other National Socialists who are running.

If I may be so bold as to speculate, I think that Joe Biden will drop out of the race before the Iowa caucus and that the Democrats will stuff one or other moderates in place to fill that lane. If they run as socialists who want to ration meat, eliminate automobiles and airplanes, etc. they’ll certainly lose. Even Democrats who don’t like Trump will vote for him to save themselves from the Betos, Bernies and Butt Guys.

Adrienne – Sort of OT, but I’m reading a WWII trilogy of novels. The first one ends with Operation Chowhound – something I knew nothing about. Nor did I realize how awful it was in the Netherlands during WWII. Always learning.

One of my sons-in-law had family in the Netherlands during the war. Many were executed, some (Jewish) were transported to Sobibor, where they were either worked to death or executed. There are a lot of living history types of stories about the horror that the Nazis brought to a peaceful, prosperous, and unarmed land.

The National Socialists, which replaced the Democrats know that they only way to get their way is to have America unarmed and the Electoral College gone. What they are pining for is a revolution. The American police won’t support them and I don’t think that the military will. So there will be a “change of government” of a type that we haven’t seen before. And there will be a fair share of toxic masculinity involved.

Thanks for the visit and the comments.

Cube – Now the idea of Moochie being a real candidate is ludicrous. Hell, if being an unqualified, racist, disbarred lawyer is candidate material we are in serious trouble.

If you’re looking at qualifications, you aren’t progressive. In fact, not liking the former First Lady is sexist, racist and possibly homophobic (we don’t really know whether or not she’s a hermaphrodite). Incompetence is the hallmark of people like Julian Castro, Beto, Kamala, Bernie and poor old Slow Joe Biden. In fact, inserting Michelle into the current crop of misfits puts her in good company. I wonder if we’ll see YouTube videos of her skateboarding or brushing her teeth? – oh, the horror…

Fredd said – If Bernie ever gets his foot inside the door of the White House, we can expect every Republican of every stripe (Never Trumpers, Rand Paul-types, Pat Buchanon-iacs, all of ’em) will do everything they have within their legislative powers to put the kaibash on all things Bernie.

Of course, you know that the elites would still enjoy a nice porterhouse from herds carefully protected from lowlifes – like you, Fredd. They’ll have bacon and eggs. You’ll have a slice of Soylent and egg beaters. And you’ll like it because your betters told you so.