What About Obama’s Transparency Standard? 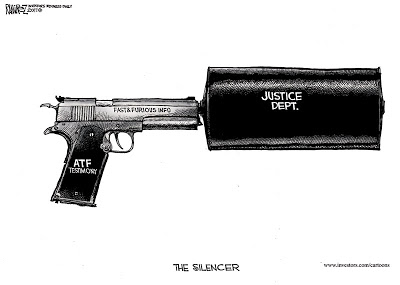 Obama on transparency in government:

The Obama White House has taken a different approach to the scandal involving the Operation Gunrunner/Operation Fast and Furious/Operation Castaway Scandal. Congressman Darrell Issa (R-CA) has constantly explained to the American people that the Obama Administration is withholding information from the Congressional inquiry, and Attorney General Eric Holder’s statements under oath to Congress are nothing short of outright lies.

A growing list of congressmen are calling for Attorney General Eric Holder’s resignation (The Daily Caller). Congressman Paul Gosar (R-AZ) said, “In Main Street America, you’d never get away with this,” Gosar said. “The people who’ve been responsible would’ve already been in jail. There is something wrong and there is something right. This crossed the threshold of what was wrong.”

“I think we need to find out all the facts because this is wrong,” Gosar said. “We’ve clearly gone astray. We broke into a hotel and burglarized in Watergate, and those people were held to criminal charges – and they went to jail. How do you define this to the [Border Patrol Agent Brian] Terry family?”

In addition to obscurity on the totality of the role that Attorney General Holder played in the scandalous and irresponsible conduct that led to Border Patrol Agent Brian Terry’s death, we are also left wondering about the totality of what the FBI and DEA did in connection with this matter. These agencies are changing their story as weeks pass just the way that Holder is trying to ‘remake’ his perjured testimony before Congress.