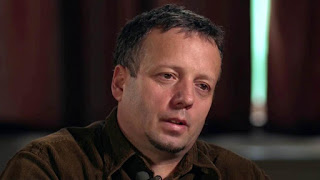 Facebook
Twitter
Pinterest
WhatsApp
Read more here  and the article concludes: “However, it’s worth noting that Hillary Clinton and her aides were investigated because of the mysterious suicide of former White House Aide Vince Foster in 1995. Vince Foster and Guccifer are not the only “deaths” in connection to a Clinton investigation. Former UN official John Ashe “accidentally” crushed his throat and died a week before he was scheduled to testify against Hillary Clinton and the Democratic Party.” 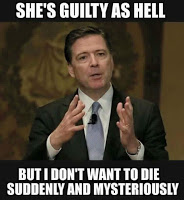 I don’t know for a fact whether or not Guccifer is actually dead or not, but the article is interesting.
Marcel Lehel Lazar, a federal inmate also known as Guccifer, is apparently lodged at the William G. Truesdale Adult Detention Center in Alexandria, Va. There is no reason for him to kill himself now that Clinton has been exonerated of all criminal misconduct by the Federal Bureau of Investigation. He may live to hack another day.
There are a lot of Internet rumors about the Clinton enemies list getting shorter and shorter. Since “dead men tell no tales”, and nothing can be proved, it’s likely all fabricated. Just ask Director (and possibly attorney general nominee) James Comey. If Guccifer was found dead, I’m sure that the thorough and complete FBI investigation would show that the prisoner, Guccifer, bought a new rope at Home Depot and hung himself without leaving a note.