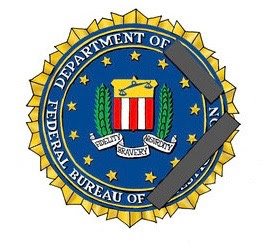 The FBI could have/should have recommended that Hillary Clinton be indicted back in April or May at the latest, but this thing has been dragged out. A cynic would suggest that Director Comey was just waiting for the right price. My friends in Mexico tell me that’s how they do it down there and in all banana republics. It makes sense. It’s a good thing that I’m not a cynic because people keep telling me that Comey is a ‘straight shooter’.  I will never buy swamp land or a bridge from people who tell me that.
This is how it’s done:

Monday, June 27, 2016 – Bill Clinton and Attorney General Loretta Lynch (a Clinton appointee) meet “by coincidence” on her government plane (also alternately reported as a third private aircraft, but that’s not confirmed) on the tarmac at the Phoenix airport and have a 39 minute private chat the contents of which are unknown because no one was allowed on the plane or to take a photo of the historic meeting.

Thursday, June 30, 2016 – All hell breaks loose when it is revealed that the Clinton/Lynch had this meeting. Lynch stated that all they talked about were grandchildren and golf. Then, after bi-partisan pushback, she later made a statement along the lines that maybe it looked really bad. She confesses that under other circumstances, she would fire an employee of DOJ who spoke to the spouse of subject under investigation with the FBI, but she should be given a pass for showing such poor judgment. Oh, and yeah, she would most certainly abide by the FBI’s recommendation whatever that would be but she didn’t know at all what that would be because she has “nothing to do with the FBI or their investigation and has no influence whatsoever.”

Friday, July 1, 2016 – After many, many months of trying to schedule it, Hillary Clinton magically “volunteers” to be “interviewed” by the FBI. She justs wants to help the FBI. Of course, it would have to be on July 4th/Independence Day weekend while everyone in the country is off doing patriotic things just like she wants to do with this interview because that is the only time she has to “volunteer” for the sake of the investigation/security review that she wants to help.

Tuesday, July 5, 2016 at 11am – FBI Director James Comey unexpectedly schedules a press conference for 11am to announce that Hillary Clinton committed no crime and is (in essence), too big to jail.

Tuesday, July 5, 2016 at 2:30pm – Hillary Clinton boards Air Force One to go campaigning with Barack after being cleared of all wrongdoing that not even Barack knew was going to happen at 11am.

I wonder how that “FBI interview” went down?  To run the clock on 3 hours, they may have had a few  martinis and played liar’s poker, a game that Hillary is particularly good at. Why ask her any questions at all? The FBI can “lose the interview notes” since they don’t tape anything, so when Congress asks for them, they can just shrug and tell them that they should find them one day after the election.