Review of the News (FBI Edition)

A Review of the News for August 4, 2013
Federal Bureau of Investigation Edition

Can FBI Turn On Your Phone Mic?

(Fox News) …A former U.S. official told The Journal that some of the technology allows the FBI to remotely activate the microphones in phones running on Google Inc.’s Android software to record conversations.

If you want to have a private conversation you’ll need to remove the battery from your cell phone. Because it’s not just the FBI or NSA, but almost every intelligence service in the world that can do that. Your cell phone is a moving transponder that can be activated remotely — just like your computer. People can use it to find you or monitor you. Live with it or live without the cellphone. 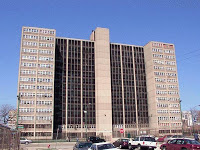 Yes, these housing projects cost the taxpayers over half a million dollars per housing unit to build, but much of that money goes to pay-offs to public officials, the mafia, (did I repeat myself) and to community activists and local “reverends” who rubber stamp their approval all for the sake or ‘removing urban blight’.
Since the FBI is losing 1,800 jobs by next year due to budget cuts, the federal government feels that there is a law enforcement benefit to be reaped by concentrating felons in these housing projects. The police don’t have to burn as much gasoline looking for crooks… Who can argue with logic like that?
Pivot from Police Work
There is so much media hype and so many television shows and movies that separating the FBI from myth and silliness is quite a challenge. More recently there has been a significant move within the FBI to move from police work to intelligence collection. The FBI’s stated national security mission is to lead and coordinate intelligence efforts that drive actions to protect the United States.

(fbi.gov) Our goal is to develop a comprehensive understanding of the threats and penetrate national and transnational networks that have a desire and capability to harm us. Such networks include: terrorist organizations, foreign intelligence services, those that seek to proliferate weapons of mass destruction, and criminal enterprises.

While it’s true that national security threats are intertwined with criminality, the FBI does not do a good job at intelligence collection. As we’ve found from the recent NSA Scandal, you can’t mix intelligence collection (national collection) and police work without having to jump through uncomfortable and often “illegal”* hoops in apparent violation of the Bill of Rights.

*The Obama Administration has chosen to redefine “illegal” to suit their current purpose, but it’s wrong and in the long term will end up being impeachable.

Police work is and will remain police work and intelligence work in the broad strokes is not the same.
The biggest problem with the FBI is not with the Bureau itself so much as it is with the head of the Department of Justice, Eric Holder, who has been held in contempt of Congress, who has misled Congress and perjured himself in scandal after scandal and who has no respect for the rule of law. How can the FBI have any shred of integrity as an organization when they work for Holder?
If an FBI perjured himself on the stand the way that Attorney General Holder has — time after time — how long would he keep his job, while staying out of Federal Prison?
Islam
The 800 lbs. gorilla (or perhaps guerrilla) standing in the corner is the issue of Islam and “so called” Islamophobia.
How can the FBI protect the United States from Islamic terrorism and Islamic Fundamentalists when it’s forbidden to collect intelligence on subjects in mosques — where terrorists congregate? What kind of intelligence organization is that? (yes, one that is in self-destruct mode)
Credibility
The FBI never really made it to Benghazi other than that walk-through two weeks after the fact. And CNN came by after they left, picked up Ambassador Stevens’ diary, etc. Likewise, they still haven’t gotten around to investigating the IRS Scandal. But I’m sure that they’ll start interviewing in December 2016. The day-to-day FBI grind gets done, but so much depends on credibility, and the FBI’s is strained these days. It’s not Hoover’s Bureau.
Television Series Review: Arrested Development
I was looking for the right television review for this review of the news. No, it has nothing to do with the FBI, but there are arrests and prison breaks…

Arrested Development is television sitcom which originally aired on Fox for three seasons from November 2, 2003, to February 10, 2006. A fourth season of 15 episodes was released on Netflix on May 26, 2013.
The show follows the fictitious Bluth family, a formerly wealthy and habitually dysfunctional living in Newport Beach, California. Since that’s the area where I live, I relate — and maybe it’s not all that fictitious…because Orange County people are a bit eccentric. Since its debut in 2003, the series has received widespread critical acclaim, six Primetime Emmy Awards and developed a cult following.