The Republican Field for 2012 – Narrows

Facebook
Twitter
Pinterest
WhatsApp
The GOP Debate hosted by MSNBC shouldn’t have happened because it predictably turned into the liberals spinning the questions and carefully tip toeing around any issue that the Republicans could use to make their candidate, Obama, look incompetent.
Ok, that aside, Mrs. Lincoln, how did you like the play? 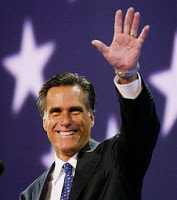 Absent some major gaff, the race for the Republican nomination is between Mitt Romney and Rick Perry. Both have advantages and disadvantages – but neither is Obama, and it might come down to that in the long run.
Rick Perry reminds me a lot of Ronald Reagan and America’s enemies won’t feel nearly as comfortable with him in the White House as they have with Barack Hussein Obama. I think that Perry given a choice, will do the right thing for the nation.
Mitt Romney (yes, he’s a RINO) does look very presidential. He says a lot of the right things and if he became the Republican choice, I’d back him with cash and personal support. Then again, I’d back anyone who would defeat Obama and send him back home to Chicago. I wonder if Michelle plans to run for the US Senate from Illinois?
Michelle Bachmann is flagging while she continues with her talking points. She looks a bit wooden and while I predict that she’ll be in all the way to the Convention, she’s going to start losing ground. The money that she had will start drying up.
Herman Cain is in it because he is, because he has something to say and because people just like him. But he won’t be the next president.
Santorum, Gingrich & Huntsman all want to be valid in the Republican Party so they’re going to continue their efforts, but the die is cast. At the risk of being branded a religious zealot, I’m going to quote from the Book of Daniel (the handwriting is on the wall):

“And this is the writing that was inscribed: mina, mina, shekel, half-mina. This is the interpretation of the matter: mina, God has numbered the days of your kingdom and brought it to an end; shekel, you have been weighed on the scales and found wanting; half-mina, your kingdom is divided and given to the Medes and Persians.” (Daniel 5: 25-28) In this case, Medes and Persians means Romney and Perry.

I’m leaving Ron Paul last for a reason. While much of his campaign is based on sound conservative principles, Ron is not the messenger who should be delivering the message. I hope that doesn’t sound unkind because I like him. His son, Senator Rand Paul, would be a better choice. Ron represents the Fredrich A. Hayek school of economic philosophy, and I agree with that approach to government. But he doesn’t do a good job of selling it to the American People – and that’s what he needs to do in order to win anything beyond a Congressional seat in Texas.