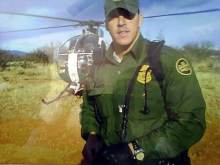 Facebook
Twitter
Pinterest
WhatsApp
Lying under oath may not be a crime for a politician. The natural defense is that when you lie for a living, telling a whopper is simply normal and natural.
However that defense strategy may make sense to Attorney General Eric Holder, it doesn’t wash with anyone outside of the beltway.

Slain Border Patrol Agent Brian Terry died at the hands of Mexican Cartel members who wielded Holder’s guns. So did a LOT of innocent Mexican citizens inside Mexico and who knows how many citizens inside of the United States?
It’s the ultimate in hubris for the Attorney General of the United States to sit before Congress and LIE for the sake of his own skin and that of his boss, President Obama. 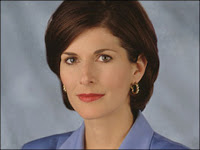 CBS News reporter Sharyl Attkisson (left) is one of the more courageous investigators in the news business these days. The lady is known for absolute integrity, huge moxie, and fearlessness. The Weekly Standard reported that CBS may be attempting to muzzle her and put a spike in her efforts to expose the criminal enterprise of Holder/Obama. (READ MORE HERE). However, Attkisson reported on Twitter yesterday: @SharylAttkisson Don’t worry! Nobody is being silenced.

The news media asks questions
and the White House responds with hubris and smugness.

Listen to the White House spin below:
I’m gratified that Congress and the news media is asking the right questions.

What do YOU think? Did Holder lie to Congress?