In spartan room with bare bunk-beds, Alan Frazier, 28, sits on a lower bunk, shirtless. Rain pounds on a window that looks out into a stormy sky over the godforsaken ruins of what must have been a very nice town. He can’t recall how he got where he is or precisely who he is. There is a worn OD green duffle bag by his feet. There is a name, FRAZIER, A; SSG; XXX-45-5277; ODA5116; US Army, and it is hand stenciled, maybe by using a template and a sharpie. He knows what ODA5116 means. He understands that he means that he’s assigned to Alpha Company, First Battalion, Fifth Special Forces Group.

Looking away from the rain on the window that has hypnotized him, there is a mirror hanging from a wall and he stares at an unshaved man that he doesn’t recognize, all the time suspecting that he’s looking at himself. There are scars and bruises of varying age. Fresh, unstitched cuts stretch from his hairline all the way down to the bottom of his ear. They are not deep, but they bled a lot are still weeping. There is another cut, lower on his face, stitched. It distorts his lip slightly. Other scars, much older form an inkless tattoo carved onto his upper chest, ‘de oppresso liber’. He knows what it means and in probing his memory he realizes that he does not speak Latin. He turns in the mirror to see an ink tattoo on his shoulder. Crossed arrows. He knows what that represents as well. It’s the details of how, who, where and when that remain fuzzy. You can’t survive certain experiences. But sometimes despite the odds, you do and afterward you don’t fully exist precisely because you failed to die.

Death brings with it a sense of authenticity that Alan Frazier does not feel. He is disturbed because in a strange way he is inauthentic. That lack of sense of self embraces him coldly.

He’s not the only man in the room. There are others, wearing t-shirts, Crye Precision BDU’s, and there are plate carriers spread here and there. Some of the armor appears to have been hit more than once and is in a state of disrepair. Their firearms are on the bunks, very close at hand. Many have green tape here or there on them to perform some personalized function. A man sitting on a bunk across from Frazier is methodically field stripping his rifle, and then reassembling the component parts, oiling, wiping off oil, stripping oil, swabbing the bore. There is a small mountain of cleaning rags around him and he smells of solvent and oil.

“Patrick, knock that shit off.” Patrick ignores him and begins to tear down his rifle for the eighth or twentieth time. Frazier doesn’t know how many times its been.

The rain plays in sheets across the glass of the only window in the room that serves as a temporary barracks. The others either stare into space or they watch the rain beating on the windowpane. Patrick is the exception and it has become unclear to Alan whether he is a robot or SFC Patrick O’Donnell, 18B, Special Forces Weapons Sergeant. Doc Coulter, SSG Malcolm Douglas Coulter, 18D, Special Forces Medical Sergeant should help if it’s a human problem, not a robotic issue, but he is watching the rain on the goddamned window along with everyone else. Coulter is not completely motionless. He’s dragging a plastic safety razor over his bald scalp – again. That inattention to Patrick O., further underscores the concern that Patrick is a robot.
There is thunder in the distance and flashes of light play across the window. Frazier, Alan R, can’t tell whether it’s artillery or thunder, but as he resolves what he just heard against his memory, it’s thunder and lightning. It lacks the crack of high explosives. The flash of lightning is different too with its flickering intensity.
Nobody flinches when a big door opens and pale light streams in. Her shadow precedes Olga, a woman of thirty-five who is attractive, but not in a glamorous way. Hers is a natural beauty, worn with intelligence and dignity.

Blank eyes turn toward her.

“We need you all to gear up and go back into the cauldron.”

Rain slashes Alan’s face as he runs, his eyes staring vacantly ahead as his legs pump evenly, his feet chopping through mud, jumping over rocks, solid footing despite the landscape. His uniform looks as though he climbed through razor wire. His armor has taken hits and we can see through the camouflage fabric into the ballistic plate below. He carries his rifle with a practiced ease and slides one magazine out, replacing it by rote. He runs toward the threat without fear or rancor, slinging the rifle, sliding a hand grenade out of it’s pouch. He pulls the pin as he runs, allows the spoon to release, counts one-two, throws and drops. BANG!

None of the men move except for SFC Patrick O’Donnell, who stands and looks for more cleaning rags, ignoring Olga completely. Doc Coulter has moved his razor from his scalp to his cleanly shaved face. 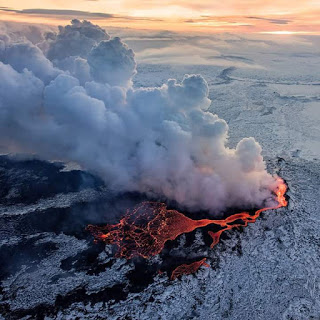 Olga now faces WO2 Jason Miles, 180A, Assistant Detachment Commander. Something in Frazier’s memory triggers. CAPT Carlos Sanchez, 18A, Operational Detachment Commander, had his head blown from his shoulders. Frazier’s brain recorded the event from behind Carlos. There was a loud pop and the captain’s head burst like a balloon. It happened in the caldera, that Olga is calling the cauldron. That means that Jason is now the boss.
But Jason’s attention turned from Olga back to the rain on the window.

“Warrant Officer Miles, I’m addressing you directly. Your men need to gear up and recon that  target site again. We need to know what’s going on and you are the only ones who can do it.” Olga isn’t in Jason Miles’ chain of command. She’s a spook, CIA case officer. Even if she was the Army Chief of Staff, it wouldn’t have had much impact on Jason.

The warrant officer’s hand moved from his knee to the zipper of his trousers and he reached in, pulling out his meat and began to pound it softly, in an absent, almost asexual way — watching the rain.


Pat O’Donnell has found more cleaning rags and he’s back on his bottom bunk hard at work.

Staff Sergeant Frazier, Alan R., has returned his gaze to the window and the rhythmic sheeting rain.