Facebook
Twitter
Pinterest
WhatsApp
FINDING A RUNNING MATE FOR HILLARY
Before you haters jump to conclusions, I’ve given this a lot of thought. Who would be a perfect book end to Hillary Clinton and a worthy progressive American Vice President?  What about Jane (Hanoi Jane) Fonda?

When you think about it, she might get plump, pear shaped Hillary to the gym so she won’t have to wear those silly clown costumes anymore.
Would you despise Hillary more if Hanoi Jane was her running mate? I’m thinking no…so there isn’t a down-side for Hillary. Hanoi Jane is an outsider, and if Hillary should stumble, Hanoi Jane could carry on with Hillary’s legacy. Jane Fonda should have spent life in prison, and Hillary is clearly an unindicted felon as well, so they share that in common.

LSP suggests that Yoko Ono would be the perfect running mate for Hillary. I reject that because it would end in a cat fight between Huma Abedin and Yoko for Hillary’s affection. That would impact the decorum of the Oval Office.

Somebody call Debbie Wasserman Schultz
and get Hanoi Jane on the ticket!

Imam Sami Abu-Yusuf, leader of a Salafist mosque in Cologne Germany is now warning women against “adding fuel to the fire”. He said the victims of the New Year’s Eve attacks in that city were themselves responsible for their sex assault, by dressing inappropriately and wearing perfume.
There is a general belief among male Muslims that women all have a secret desire to be raped by a bearded, unwashed Muslim man on the street. Wearing perfume and exposing their hair to sunlight are provocations that can not be passed up by your average military age Muslim male, apparently.

I get his point. In a faith that characterizes women who don’t dress in tents as “whores”, it’s natural for the 800,000 military age Islamic males who arrived in Germany as “guests” from Syria to conclude that all women in the west are “whores”. And apparently the same behavior is underway in Sweden and throughout the European host nations who have taken in Muslim refugees.

It also begs the question of how many Syrian military age males that the US should allow in. I have a number in mind and that number is ZERO. Three year old orphans are one thing. Military age males and females are quite another.  There is more >HERE< from the front lines of immigration and refugees in Germany. The first hand account is compelling. Germany will serve as warning to all to leave the savages in the hell that they live in and not bring them to civilized nations. The Poles, Hungarians and Czechs have the right idea, but the progressive press is damning them.

RED MIST
For those of you reading the series, Red Mist on this blog, part three will be available soon (possibly on Saturday). Yes, John Coffey, you must wait for the conclusion. Curiosity killed the cat but satisfaction brought him back.
WILL 13 HOURS (Film) HURT HILLARY’S CHANCES? 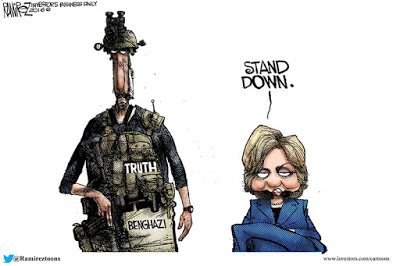 Isn’t it interesting that Joaquin (El Chapo) Guzman Loera had one of the guns that ATF sold the cartels in his hacienda when he was arrested? The best reporting on this scandal was done by Sheryl Attkisson.  She concluded that the order to undertake these firearms sales to drug cartels by the Obama Administration – as high up as the Attorney General and likely the President, himself, was to use the murders committed by these firearms that came from the USA as an excuse to impose gun control (in violation of the Constitution). 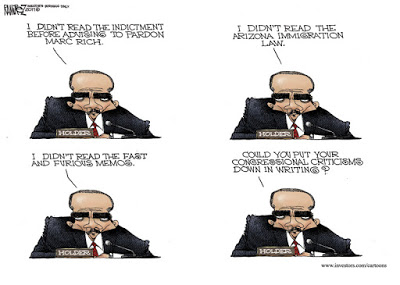 You will recall that Attorney General Holder was accused by Congress of perjury as it pertains to this matter. Naturally it didn’t matter to the President.

Now a judge has ruled that President Obama doesn’t have executive privilege in regard documents dealing with Operation Fast and Furious. The White House is appealing the decision. Barack needs a Democrat in the White House after him to clean up all of his skulduggery. Trump or Cruz would have a field day with the “Obama Legacy”.

TALK OF RUSSIA AND MOLDOVA

Russia seems to have swallowed all that it can for the moment. I am speaking of its economic capacity to expand. This is an interesting thing to me since Moldova seems to be “road kill” easy for Russia to take — but it doesn’t want to.

I realize that somewhat dry discussions of these sorts may not interest all of this blog’s readers, but I do try and keep up on this if for no other reason than it’s a habit. It’s like reading message traffic first thing in the morning (for you who have been in the biz). It’s what you do. Making sense of it is more complicated than just reading because you ask ‘why’. Anyway, here’s information that is already arcane. It would matter to you if you were trying to answer the question of Russian capacities and intentions.

Moldova’s Parliament has been deadlocked for months about forming a new government between pro-European and pro-Russian parties. An announcement that the members had agreed on a government right before the deadline for new early elections seems to have sparked significant protests. On 20 January, between 5,000 and 7,000 protestors outside the parliament building in Chisinau decided to storm the building.
Some of the protesters reportedly believe the new government is a compromise solution which will not tackle endemic corruption and undertake reforms. Others oppose a pro-European government and think Moldova should remain more closely allied to Russia.
Moldova is a Slavic country and a former member of the Soviet Union. It declared independence in 1991. It is primarily agricultural and still relies on Russia and Ukraine for its energy resources. It was the first of the former Soviet countries to elect a communist as president, who led the country from 2001 to 2009. A coalition of Pro European opposition parties governed after 2009. In 2014 Moldova entered an association agreement with the European Union.
Its population is just over 3.5 million, whose GDP in 2014 was $17.78 billion. Remittances by Moldovans in other countries account for $1.6 billion. It is one of the poorest countries in Europe.
Its eastern region, bordering Ukraine, is known as Transnistria. Its half a million people are predominantly Russian and Ukrainian and look to Russia for protection. A Russian army regiment remains based there.
During the crisis in Crimea, Transnistria sent a delegation to Moscow to request admission to the Russian Federation. It was turned away.
Russia has shown no signs of wanting to assume the burdens of another dependency, especially because of its commitment of the Russian expeditionary force to Syria.