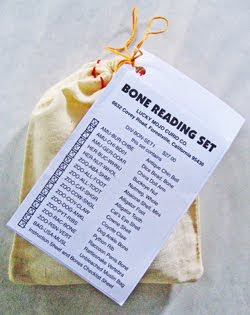 It’s always dangerous to predict the economic future because I’m nobody and there are people who make seven figure salaries who do it. I don’t know that they have a better track record than I do. If that’s true, it should frighten you if you play the market.
The Obama Administration is working to create another housing crisis, and I don’t know whether or not a recession will stop them. At the moment, home loan approvals hinge on FICO credit scores. The Obama regime views FICO scoring as too strict, cutting off millions of low-income minorities and immigrants from mortgages. So it’s pressuring Fannie and Freddie, which control 90% of the mortgage market and set the underwriting standards for the entire mortgage industry, to abandon FICO for a softer standard in evaluating credit risk. The administration’s goal is to inflate credit grades by the end of 2016 and socially promote an estimated 50 million deadbeats and unbanked, unscorable immigrants from the rental market to the mortgage market. Barack believes that the Democrats can still buy their way into the White House irrespective of what it does to the fabric of the nation. It’s Dodd-Frank all over again.
NEVER ever underestimate the capacity of progressive, bleeding heart liberals to foul up something that is working.
Meanwhile…
Stocks are diving, 401K savings plans are losing value, retail sales are slumping, Wal-Mart is shuttering 154 U.S. stores in the US – 269 worldwide and Macy’s is closing about 35 (something like 3 will re-open in 2017 with a facelift). 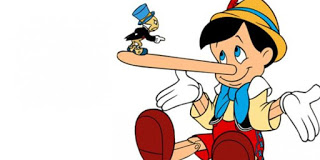 The US Department of Labor has a pinocchio-like record of bending statistics to make the Obama Administration look good. For example, the employment rate is based on how many people receive unemployment benefits. Once those benefits end, unemployed people are no longer counted. As a self-employed person, I’m never counted either way. So you can take those numbers with a grain of salt.
The Chinese stock market is in free-fall, but it doesn’t matter in China. If their stock market reached “0”, the impact on the man-on-the-street is minimal. In China you have one male child who works hard and supports you in your old age. That’s your retirement plan. In the US, your children take your assets, declare you penniless and you are cared for warehouse style, by the welfare state by people in the nursing home industry. I only have one bit of advice friends. Save the last bullet for yourself. It beats eating pudding in the modern version of a death camp, surrounded by others who are also waiting to die.
The S&P 500 has dropped 8% since Jan 1, 2016. Yes, I have a mutual fund based on that index and I’ve lost a 8% equity. USA Today published numbers that indicate, $2.3 trillion in shareholder value has been lost since the first of the year. You may not care if you don’t own stocks, but it will impact you even if you don’t live in the US since foreign companies and retirement systems have money invested in the US market.
Nationwide, property values have become stagnant in many markets and home owners brace themselves for a crash like the one they experienced where values dropped by about 50% in many markets. There isn’t a real estate bubble the way that there was in 2008, so I don’t see it being as bad.
Business investment money is very hard to find unless you have a rich uncle (or a dead uncle who left it all to you). 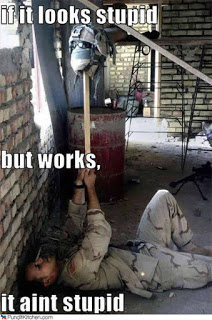 Orders for nondefense capital goods, a proxy for business investment, have fallen for the past 11 straight months, averaging a 3.4% year-over-year decline every month in 2015. It’s not a good sign and predicting optimistic outcomes are more challenging.

I think that oil is finding its floor. Even the countries such as Saudi Arabia won’t give it away for free, and countries such as Iran, Iraq, Russia, Venezuela, etc. MUST sell oil to survive. So they will pump and the price may drop a few more dollars per barrel. But there is a bottom.

All of the pain and suffering aside, the solution for the US isn’t as difficult as you’d think, but you won’t see it during the ObamaNation rule. The economy could go into recession by the second or third quarter, dooming Hillary Clinton even if a grand jury doesn’t indict her first.

I’ve looked at the scenarios and if Trump wins the Republican nomination, he will win the general election. If Bernie is the Dem nominee, Cruz could win. But I’m not certain that he’d beat Hillary and I don’t know that he’d do a better job on the economy than Trump would.