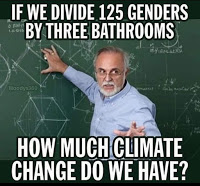 Facebook
Twitter
Pinterest
WhatsApp
Iowa Caucus Results
The Iowa Caucus is weird. And the results of the grass roots meetings require voodoo to divine final numbers, which is pretty much the way that the DNC wants it. The results of the selection process for 41 electoral votes coming out of Iowa didn’t come in because the Democrat elites didn’t like what they saw. As a result, the media mandarins were left cutting to various ‘experts’ all night while the numbers didn’t roll in.

(Fox News) The Sanders campaign figures indicted the populist senator from Vermont at 30 percent, Buttigieg at 25 percent, Warren at 21 percent, Biden at 12 percent and Klobuchar at 11 percent.

There is no denying that it was a big night for the National Socialist Worker’s Party arm of what is presently a divided Democrat Party. Biden nearly tying with Klobuchar is telling.
It was also a big night for President Trump, who received more votes than any incumbent president in history, and pointed at a popular and united Republican Party – which should trigger another impeachment move in the House of Representatives.
And we should all expect the DNC to double down on its attacks against the Sanders campaign as the Squad steps up to support him and keep him viable. What a goat rodeo.