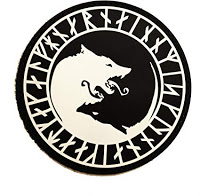 (link) For $2,500 liberal white women can enjoy dinner with two hosts that aim to educate them on their inherent racism.

Race2Dinner is a two-hour event with hosts Regina Jackson and Saira Rao, attended by liberal white women who seek to untangle their racism and learn to be more cognizant of it so as to be part of the solution.

“White folks – before telling me that your Indian husband or wife or friend or colleague doesn’t agree with anything I say about racism or thinks I’m crazy, please Google ‘token,’ ‘internalized oppression’ and ‘gaslighting’.”

I’m willing to host these liberal crones for $2,000.00 (a $500 savings) for an evening of brow beating in the picturesque Arizona mountains. The chicken and potato salad dinner will be served on (cheap) paper plates and they can eat with their fingers because as white people, they don’t DESERVE real china and silverware… no napkins.
The Virtual Mirage racial education supper will feature a powerful religious invocation by LSP. Then I’ll explain to them that all liberal crones need to rid themselves of the money that they have, which is causing them such horrible guilt. Money, it will be explained, is at the heart of their race privilege. Wire instructions to my favorite charity will be provided, and they’ll be invited to use it before they can leave the White Wolf Mine. A pass-around bucket will allow them to rid themselves of their cash-on-hand.
Then I’ll put them on a bus that will take them back to the airport. During the ride back, white twinkies will be passed out on the ride back.
I swear, a fool and his money are soon parted.