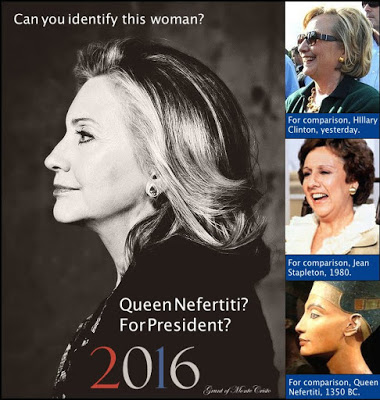 Facebook
Twitter
Pinterest
WhatsApp
The American Media
The News media has lost all credibility.
In 2016, America faces serious issues — a rising deficit and escalating debt, the explosion of entitlements, the resurgence of Russian power, Chinese military expansionism in the South and East China seas, North Korea’s development of nuclear missiles, and Afghanistan.
Now consider the issues that have transfixed the media this election season:
The birther issue, David Duke, the KKK, a Mexican-American judge, Black Lives Matter, white cops, the “Muslim ban,” the Battle Flag, the “alt-right,” the national anthem, Trump’s refusals to recant his blasphemies against the dogmas of political correctness, or to “apologize.”
Cultural Appropriation
I’m not sure what that is. I am writing in a language the Americans stole from the English (itself a bastardized Saxo-Germanic Romantic language used by ruthless Norman conquerors) using Roman letters on an machine run by electricity, whose principles were deduced by a Scott named Maxwell and a Frenchman named Ampere. How dare I? By writing or speaking, am I engaged in micro aggression?
If I drive a polyglot of vehicles, all parked in my driveway or garage (Toyota FJ Cruiser, Ford Raptor, Ducati Diavel and Honda Accord), am I somehow stealing from the Japanese, the Italians and Americans from the rust belt? And if I bought an Aston Marton DB9, would I be stealing from the British, whose language I stole – and they stole?
Somebody explain it to me.
No don’t.
Trump’s Record
Trump has never been accountable to an electorate. Both President Obama and former Sec. of State Clinton held elected office before running for President. The largely dishonest media and its most ardent admirer, Hillary, continually rant on Trump’s record. He’s been a real estate magnate, with some generally held opinions, none of which are based on the VOLUMES of detailed and classified information that Hillary and Barack have had access to.
Trump has no voting record, never Trump people. Get over it. Like him or don’t like him but he has had opinions about this or that as have we all. So what? None of that has been while in office and he didn’t vote for anything. The fact that his opinions changed over time (and whose haven’t) vex the never Trump people to no end. Get over yourselves.
Trump is a businessman not an ideologue. Businessmen tend to be much more pragmatic than politicians – they have to be or they wouldn’t stay in business. American politicians have run up $20+ trillion in debt. Nobody in business could do that.
Cooking Shows on TV
I have tended to avoid them. Some visitors to this blog have pointed out the error in my ways since one of them (and I can’t remember who – a lady with an Italian name) is nearly a porn star. In trying to fix that error I tuned into the Cooking Channel last night, but none of the dumpy chefs (male and female) were people that I’d want to see naked — ever. But the food looked good, and I ended up eating a late night snack because of it. I don’t need the calories, particularly late in the evening.
How Old is Hillary?

I am dipping into conspiracy theory here with the help of the Grunt of Monte Cristo (H/T).

Recent photos of her make he look somewhere in her 80’s with general deterioration from her lifestyle and diseased body. Strokes, seizures, and so forth have plagued her.

But the advertised Hillary keep making her look as if she’s in her 40’s…maybe younger. Check out her ads.

At the 9/11 memorial (not long before her seizure in public) she looked like an old alcoholic, wearing the blue anti-seizure lenses.