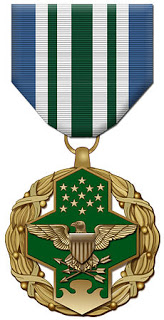 Facebook
Twitter
Pinterest
WhatsApp
The Passing of John McCain
He’s one US Senator that I won’t miss. It’s like the hole that is left when you draw your arm from a bucket of water. People in the media are comparing him to Ted Kennedy. I don’t have a problem with that. No good comes from bashing the dead and I’ll leave my comments at that. He was a flawed man who found a home in the deep state. I don’t criticize his behavior while a POW for six years. I’ve never walked in those shoes. Frankly, I’d rather be dead than a prisoner of the NVA. I always favored issuing a ‘L Pill’ to aviators who fly combat missions of that sort. Francis Gary Powers had a pill but chose capture over ending himself when his U-2 was shot down, so maybe the pill isn’t the solution that I think it would be.
Working in Denied Areas

There are different parts of the world that for one reason or another are considered to be no-go zones, except that we (we, being the USA) send people to those locations from time to time to do this or that, which is considered to be in the national interest. Sometimes we send people under diplomatic cover, which is to say, we send them with immunity from prosecution. That works for nation-states such as Russia (was USSR) where we have reciprocal interests in doing the same thing to each other. It doesn’t work when you’re dealing with rogue states, organized crime and collapsed nations such as Yemen, where tribalism has taken hold.
I chatted with a friend of mine and we reflected on our motivations in doing that sort of thing and we both cited Yeates, “An Irish Airman Forsees his Death“. Lonely impulse of delight – ego – a willingness to get into a snake pit because you just might get out. I don’t suggest that any logic underpins the activity. The end to these sorts of things is a potential transitory advantage that nobody will care about three years later. The reward? Not cash. Maybe a Joint Service Commendation Medal with a V device that you wear while you’re in harness? I’m not depreciating the gong. It’s a nice looking bauble, but it’s thin when compared to ending up with a mouth full of dirt. And that does happen at times to people who operate under ‘diversified cover’. 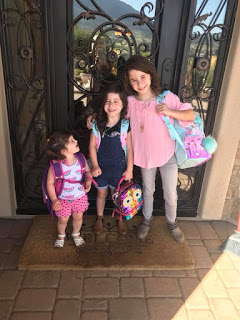 Being a Grandpa
It’s the best part of being a parent. The Arizona LL family includes three granddaughters, two of whom started school last week – and the third felt betrayed for being left behind.
The same scenario is played out with the two LL families in California, with two boys and three boys, respectively. The younger boys get backpacks too and they are filled with plastic dinosaurs, green army men and other goodies rather than school supplies.
Circle of life.
Growing up is not easy. There are hurdles, decisions, implications, and the law of cause and effect is in full force as the decision tree widens. Some say that growing old is difficult. No, it just happens.

The Taliban officials led by the group’s political chief Sher Mohammad Abbas Stanikzai (anybody who would tack “Sher” on the front of his name – meaning lion/tiger is an ego to be avoided) met Uzbek Foreign Minister Abdulaziz Komilov and other officials between 7 and 10 August. They discussed peace prospects, the withdrawal of international troops from Afghanistan, and possible Uzbek-funded development projects, according to reports.

This item spotlights two recent trends. Most important is the Taliban’s improved diplomatic practice. Qatar has hosted a Taliban political office since 2013. More recently they participated in a conference in Pakistan, sent a delegation to Indonesia and sent a delegation to Uzbekistan. They have announced they will send a delegation to the Russian peace conference in Moscow on 4 September.
This might not seem like much of a diplomatic offensive, but it is more sophisticated than any outreach done during the tenure of the late Mullah Omar. It implies that the Taliban expect to govern Afghanistan and that they recognize they need to be accepted internationally. The topics discussed were civilized topics; those of a responsible government.
The second trend is Russian and central Asian interest in Afghanistan. The central Asians have no interest in channeling their interest or aid through the US, but they are interested in shaping the future central Asian security environment. Uzbekistan’s willingness to discuss normal international issues with the Taliban as well as to support Afghan reconstruction indicates that it wants to be on the winning side.
Second only to stopping the spread of the Islamic State is Uzbekistan’s determination to establish commercial corridors to the Indian Ocean. Their creation requires the Uzbek leaders to work with Afghanistan, Pakistan or Iran and China. Plus, Afghanistan must be stable. The Taliban evidently are promising stability.
The two countries recently agreed to increase Uzbek electricity supplies to Afghanistan. They have worked on plans to include Afghanistan into Central Asia’s single electricity grid. An agreement is being drafted to exempt Afghan goods from customs tariffs and create a free trade zone in border areas.