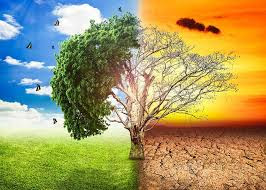 Oscar Mike Golf – A friend of mine who is not liberal at his core but he has a lot of leftie friends began a rant to me about how the Mojave Desert is hotter than ever before. It kicked off a discussion about man-caused climate change. I pointed out that 10,000 years ago the same spot was under an ice sheet and 20,000 yers ago it was under 500 feet of ocean. If somebody else talks about global warming to me, I’m going to hurl my cookies on their shoes (or Birkenstocks, as the case may be). Al Gore predicted that polar bears would be extinct by 2018 and they’re doing fine – and the ice sheet is larger than it was in 2008.
The Door in the Desert

There was a practice by the American Mafia in Las Vegas to eliminate people in a particular way. As far as I know, it’s still in use, but I’m not working in that particular world anymore, so I can’t say for sure. Dr. Jim quoted the movie Casino, yesterday, “there are a lot of holes in the desert”. I wanted to amplify that by telling you how it’s actually done.

(1) Kidnap the person to be rubbed out.
(2) Take them to the desert along with a solid core door and some really heavy nails.
(3) Put them on top of the door and hammer the nails through their wrists and feet, bending the tips on the other side so that they won’t slip out.
(4) Dig a hole.
(5) Flip the door with the person attached upside down over the hole.
(6) Shovel sand over the door to a depth of three or four feet.

In time the person dies, the door decays and collapses in on the grave. To date, nobody every walked away from the door in the desert. I can assure you that it happened a number of times. People disappear and go into witness protection and are never heard from again. For the most part, that death is reserved for informers.

The same thing can be accomplished by serving people Fredd’s Aunt Sally’s bouillabaisse. Both are said to be agonizing ways to die.