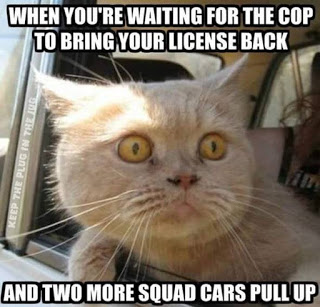 Facebook
Twitter
Pinterest
WhatsApp
Staff of Life
Bread wheat is derived from the hybridizations between three distinct species, and I had no idea that its DNA sequence was five times longer than that of a human being. Since it’s a crop that provides over 20% of protein and caloric intake of humans, it has strategic value in addition to the obvious food value.

(WIRED) In a Science report published Thursday, an international team of more than 200 researchers presents the first high-quality, complete sequence of the bread wheat genome. Like a physical map of the monstrous genome—wheat has five times more DNA than you do—the fully annotated sequence provides the location of over 107,000 genes and more than 4 million genetic markers across the plant’s 21 chromosomes. For a staple crop that feeds a third of the world’s population it’s a milestone that may be on par with the day its domestication began 9,000 years ago.

As with most foods these days – ‘wheat will kill you’. So will eating a steak. So will adding a lobster tail to your steak dinner to make surf and turf. I think that moderation is important but where wheat is concerned, it’s a component part of almost everything that humans consume. So is the unassuming soy bean.
I’m posting this up because I thought it interesting. There is a lot about the world that we take for granted and the next time you bite into your favorite sandwich, consider that various hybridizations of the wheat that makes up the bread have been going on for 9,000 years to make it what it is today.

North and South (an update)

North Korea and South Korea restored a military communications line on the east coast, according to the South Korean defense ministry. “The communications line can support transportation and communication needed to implement inter-Korean projects related to railway, expressway and forestry,” the ministry said in a press release on the 15th.
The restoration of fiber-optic cables will enable exchanges of phone calls and fax paper documents between North Korea and South Korea for future inter-Korean projects.
In North Korea military communications were the only reliable means of long distance communications until cell phones were introduced in recently. Telephones for civilians were restricted to high ranking officials and government offices, collective farms and factories.
The process moves forward – slowly. As it should. North Korea feels that all of Korea should be unified under the genius of Dear Leader, Kim Jong Un. South Korea doesn’t want to be a gulag, and they have a different view of things. There is no burning desire on the part of South Koreans to “unify” partly because of the burden of raising the failed communist north to a decent standard of living. Nobody wants a war, but nobody wants peace on Nork terms.

Then there is This