Cults, Antifa and the Mail 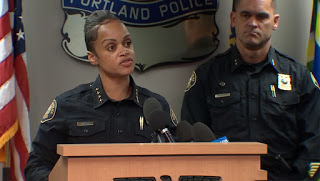 Facebook
Twitter
Pinterest
WhatsApp
Housekeeping
We have a lot to cover today on the blog, and while I want to delve, I also want to cover what I want to cover. Google allowed me to comment on my own blog twice before the anti-LL software crashed that ability. Even Google isn’t infallible. The same problem exists not that existed before and I simply find it challenging to find the time to deal with it.
How to Fight Antifa?

PORTLAND, OR—In a press release earlier this week, Portland police chief Danielle Outlaw (her actual name), appearing somber and exhausted, said she just wishes there were some kind of group with the firepower and authority to fight back against Antifa.
A lot of different folks on the net are satirizing this, but it’s satirical enough on its face. And no, I’m not a racist.
The Portland Police Department is a stain on all badges in the nation.
I’ve invited Antifa (here on this blog, but I don’t know if they can read) to visit the remote Arizona Highlands and riot. There is no cell phone coverage here for the most part, convenient, and they may not get their story out, but the ranks would be thinned, I assure you. Maybe they’d want to go someplace more populated like Prescott and riot there? In any event, it’s an open invitation and the Portland Police can come along to see how it’s done here.

In a candid moment, Chief Outlaw (seriously, her actual name) said there was just nothing the police could do, as they’d need to have some kind of organized, armed force specifically created to protect and serve the people.

Mail Call – In specific – a response to Mike_C:

Mike_C – Maybe someone who has more experience about this can comment, but this struck me as curious. Some (mostly Irish) friends have an adopted daughter from China. She is very pretty. It turns out they have “classes” of same-aged girls who were apparently adopted at the same time, and the adopting families keep in touch. Recently they had a reunion, and the group photograph of the girls (all teenagers now) was remarkable in that each had a pretty face, was slender, and for Chinese, long limbed. Now out of a dozen-plus random Chinese, you’d expect at least a few stocky short-legged ones, and a few moon-faced (regardless of fat or not fat) ones. All these girls were remarkably attractive.

*Has anyone else noticed this, or had a similar experience?*

Mike, they’re Manchu, not Han. A large number of orphan girls who make their way to be adopted are Manchu, tall, attractive people for the most part. Han in the Worker’s Paradise tend to look down on Manchurian people (or look up because they tend to be tall and long legged).

Okay, Mike you deplorable conspiracy theorist, you say, adopting families tend to be well off (it is NOT cheap to adopt a Chinese baby), so the girls will have nice clothes/grooming and tend to not be fat because that’s the socioeconomic correlate, but this was beyond that. These were all remarkably pretty girls. Which makes me wonder about whether there is something additional going on, almost a sort of physical propaganda as it were. (As another example, the “hot IDF girl” photos highly prevalent in the gunblogosphere and the conservativeblogosphere are NOT by accident. There is definitely at least one “American propaganda” unit — though they don’t call it that of course — within the IDF. I know this because a friend’s son was assigned to one when he enlisted in the IDF.) For those who have not had their coffee or stimulant of choice, obviously the goal is to set up a condition in the viewer’s mind where “Israel” in general and “IDF” in particular automatically triggers the association with “pretty girl”. Men are not particularly wired to leap to the defense of “Israel” or the “IDF” but we sure as hell are wired to do so for a pretty girl.

It’s racism, not conspiracy theory when it comes to Chinese adoptions, but in Israel, they work hard to put the story out because it’s a matter of national survival. “How do you know, LL?” Thanks for asking, Mike_C. When I was in China once – and I think it was Beijing – early in my sojourns to China before it was heavily ‘opened up to the West’ and people would stop me in the street and ask to touch my nose, asking in Chinese accented Russian if I was Russian. I stayed at the State Guest House (which is a complex of hotel-type structures for distinguished foreign visitors – and they can keep an eye on you) usually, but once, I didn’t. It was a 5 star hotel and I was with a buddy, who spoke fluent Chinese but looked a lot like me – white hair, athletic body, etc. It was he who pointed this out.

First off, that’s racist. Shame on you. However, swapping a strategic island with productive, hard working people for another strategic island with slovenly, poverty riven, corrupt people who are all on the dole would seem to be worth considering. (Note, I didn’t identify which island was which, because that would be racist) I don’t have anything against the Danes either except that it’s an expensive place to visit and they imported a lot of people from countries with a lot of sand…so they’re in the mood to burden themselves with unproductive, military age classes and charge tourists more to cover for their disastrous mistake.

Some cults have made a bad name for themselves and others are broadly accepted by society. The largest cult (by definition) is, of course, the US Intelligence Community and the US Military. Secret indoctrination, code words and signs, and on and on. It’s not a religious cult, but it fits every definition including charismatic leadership (there is a picture of the President, Vice President and either the Director of Central Intelligence, or some general officer). You follow the orders of this charismatic leader even if you die doing it.

Then there are religious cults and the definitions vary broadly depending on where YOU stand.

My point about cults is that they have a culture that tends to be individual to the practitioners. Some cults let you leave if you want to. Some have a history (Scientologists) have a track record of hunting you down. Some cultures shun you if you agreed and then changed your mind. I’ve heard some people call Islam a cult. Does any nation that runs on a theocratic basis (God’s mouthpiece is the Imam, for example) qualify, or does it need to be a “small group” of obsessed people? Host a “Draw Mohammed Party” and see how people react?
Let me know your thoughts.