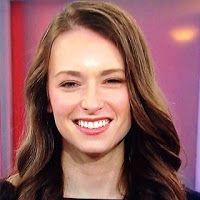 The News media’s war against President Trump, which most Americans ignore,  reached a new low:

Julia Ioffe, a now-ex Politico writer is set to join The Atlantic – after Ioffe tweeted regarding Ivanka Trump: “Either Trump is f—ing his daughter or he’s shirking nepotism laws. Which is worse?”

Politico swiftly cut ties with Ioffe, who subsequently deleted the tweet and apologized for the “crass joke.”

It’s interesting that it’s the same corrupt elite media who accuses President Trump of being “classless”.
One of the sacred cows of the news business is the daily White House press briefing. Being tapped to be the White House Correspondent from any of the corrupt media outlets is seen as an honor. However it may well be that when networks put out patently fake news, that they find their press credentials pulled. Seating order in the White House briefing room is another sacred cow…and it’s going to change. (haha)

BY WAY OF FOLLOW-UP

China-Pakistan Economic Corridor (CPEC)
The other two developments are related to the CPEC. The first significant public action by General Bajwa, after his appointment and promotion, was his visit to Quetta, Baluchistan.

Quetta, Pakistan is the capital of Baluchistan Province, where a simmering Baluchi separatist movement has had a practice of targeting infrastructure projects. It has been the base of the Taliban’s leadership council since 2001. It also is a key node in the China-Pakistan Economic Corridor and one of the more insecure nodes because of the blend of insurgents, terrorists and drug and smuggling enterprises that operate in, from or through Quetta. A vulnerable leg of the CPEC passes through Baluchistan and terminates at the port of Gwadar.

“We are fully cognizant of the challenges to security of CPEC and Gwadar port.” Dawn reported that challenges to Pakistan’s maritime security have traditionally come from India. But Chinese involvement in Gwadar port and the launch of CPEC has complicated the security environment. India sees Gwadar as a foothold for China in the Arabian Sea and as a counter-strategy to threats at Malacca. Therefore, India is alleged to have stepped up its activities in the broader region surrounding Gwadar to undermine the project.”

The common thread in the developments relating to the CPEC and the Port of Gwadar is the closer identification of Pakistani security interests with Chinese security interests. In cooperating with China in the construction of CPEC and Gwadar port, Pakistan has compromised its sovereign control of its own national security. It must protect the huge Chinese investment in CPEC and must listen to Chinese advice as to what is best for Pakistan.  What is best for Pakistan from now on is increasingly dictated by what is best for China. That is a new strategic condition that must govern Indian policy towards Pakistan.
THE RUSSIANS ARE COMING 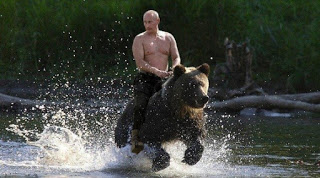 According to sources who were briefed on conversations that FBI Director James Comey had with President-elect Donald Trump, Comey told Trump that there was no credible evidence to suggest that the Russian government played any part in the outcome of the 2016 presidential election, or the hacked emails of the Democratic National Committee and Democratic presidential candidate Hillary Clinton’s campaign.
Townhall reported late Wednesday that during the same phone conversation, Comey told Trump that National Intelligence Director James Clapper agreed with the FBI’s stance that there was no evidence to suggest Russian influence in the election. 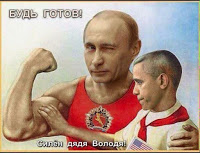 Comey allegedly told Trump that there was only one U.S. intelligence official who was convinced the Russians were behind the hacked emails, and that was CIA Director John Brennan. Comey also added, “And Brennan takes his marching orders from President Obama.” 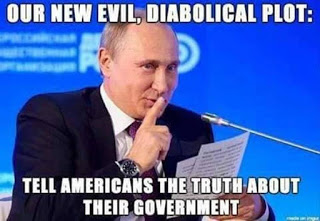 If Obama stopped suddenly, Brennan would be neck deep in Barack’s ass. Naturally the corrupt elite media doesn’t report that. They have a different agenda, suggesting over and over that President Trump is in Russia’s pocket.

The architect delivered preliminary plans for the White Wolf Mine residence/shack. I wanted to ask him whether he actually looked at my drawings which were more than gentle suggestions on my part. But I’m working with him on refining the plan.  Part of the problem with the mindset in the remote area there is that people build weekend get-away cabins. There is a difference between where you are going to spend the weekend and where you are going to live.  I told him that I prefer an open concept with space. He understands that but almost doubled the “space” from my drawings/scratchings. Double the space is double the price. As the design moves forward, the price tag naturally increases and managing that makes me sound cheap, but building a hovel (to code) isn’t cheap. I would prefer to pay cash for the place and not have any sort of mortgage/building loan. Since President Trump took office, my business expanded exponentially (Thanks Donald) but there will come a time when I want to become a gentleman of leisure, not a slave to a bank.