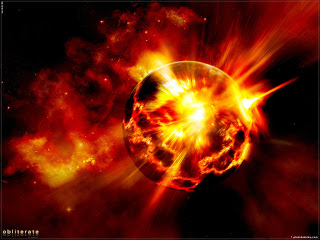 Mark Hoffmann, a computational chemist, and his colleagues Tryve Helgaker, a well-known Norwegian scientist, and co-authors E.I. Tellgren and K. Lange, also working in Norway, have discovered a molecular-level interaction that science had puzzled over for decades but had never seen.
Their discovery may redefine how science views chemical compound formation. It also answers questions about what goes on in places like white dwarfs, the super dense cores of stars nearing the end of their life cycles.

“We discovered a new type of chemical bonding,” said Hoffmann, known globally for his pioneering work in the theory and computer modeling of chemical compound formation. “That’s a pretty bold statement, but I’m not kidding you! It’s a brand new type of chemical bonding, not previously known to science. Our discovery addresses one of the mysteries in astrophysics about the spectrum of white dwarf stars,” Hoffmann said. “White dwarfs have an unusual spectrum that has been thought to result from polymerized hydrogen and helium which, of course, do not occur on Earth. It’s possible out there because the magnetic fields on white dwarfs are several orders of magnitude larger than anything that can be generated on Earth.” (University of North Dakota)

The closest white dwarf, Sirius B, is a faint twin to the brightest star in the night sky, Sirius A. It’s about the same size as our sun, but much denser; its average density is 1.7 metric tons per cubic centimeter, or about 3,000 pounds compressed into a box the size of a sugar cube.
On Earth, even the boldest military experiments generate a peak of maybe 1,000 Tesla — a measure of magnetic force (refrigerator magnets generate a thousandth of one Tesla). But on Sirius B, for example, magnetic fields are on the order of 200,000 to 400,000 Tesla, enough to challenge the electronic interactions that dominate the chemistry and material science we know on Earth.
Such vast magnetic fields directly alter the way atoms come together, and can alter the chemical reality we know on Earth.
It has nothing to do with the fiscal cliff or the stupidity of American voters, but it goes to show that chemistry will go on long after we aren’t around to witness its impact on the universe.