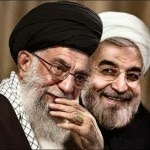 According to the Iranian press, delegates from Iran and the six nation group called the P5 + 1, who met in Geneva to negotiate Iran’s nuclear program, issued a joint statement after the conclusion of the second day of talks in which they announced they have agreed to hold the next round of talks on 7 and 8 November.
Those same press accounts indicate Iran has offered a three stage plan that includes snap inspections of nuclear facilities and an agreement to limit uranium enrichment in return for an easing of sanctions. If accepted, it would mean that the six nations agree to allow Iran to enrich uranium. Moreover, snap inspections of declared facilities is a deceptively easy concession to make. Iran already has been found to have built at least one facility that was not declared to the International Atomic Energy Agency until after it was discovered. This deal is similar to President Ruhani’s diplomatic style when he was the top Iranian nuclear negotiator between 2003 and 2005 – offer small compromises by Iran in return for major concessions by the West and others.
Iran plans to build a nuclear weapon. Their stated goal is to use it against Israel, though they privately hate the Saudis worse. It’s a mistake to think that Iran is made up of a bunch of bumpkin camel herders. The Iranian/Persian history tells us that they should not be underestimated – either in the level of ruthlessness that they are willing to use or the depths to which they are willing to plot.
With Obama leading the US efforts, the tyrants of the world are emboldened. And why wouldn’t they be? He’s a strange, metrosexual, mulatto with an agenda to damage the United States. He’s a man who boasts of red lines — that mean nothing to him.
Israel, on the other hand, has a lot to lose if Iran initiates a surprise attack, setting off a nuclear weapon (likely Tel Aviv) or weapons (targeting Dimona and elsewhere).
Where is the news media in all this?
They’re marveling at how Obama’s dog trainer is making $120,000 per year (paid for by the taxpayer) to keep BO from wetting the carpet and baseboard in the Oval Office. Maybe it’s not BO. Maybe it’s Barack? MSNBC would test the urine and pronounce it perfume… so we’re not going to find an honest broker there. 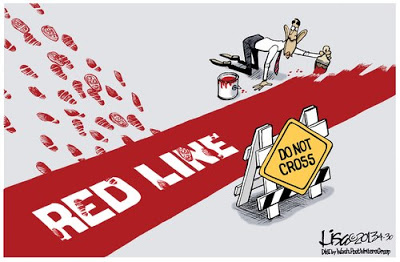