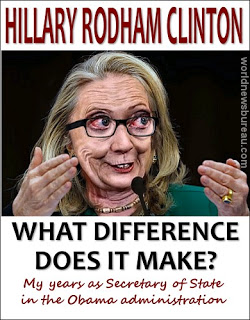 Facebook
Twitter
Pinterest
WhatsApp
Anyone who studies the Democratic Party’s nomination process understands that it’s rigged heavily in favor of their favorite – in this case, Hillary Clinton. Super delegates make it difficult for anyone else, Sanders in this case, to win even if he wins each state primary in the Union.
With Nevada in a dead tie, there is no indication that Clinton will be able to run the table post New Hampshire.

Word from within the Clinton campaign (you heard it here first) is that she is ramping up another re-set. Something like her eighth, to show people that.
1. She’s not a liar
2. She’s not a self-serving, hypocritical, career insider (which conflicts with number one, but she’ll roll with it).
3. She will promise every bit as much free stuff as Bernie Sanders since it’s not her money that’s being spent. (neither is it Bernie’s)
4. She will guarantee another four years of Obama (groan)

Additionally the e-mail dumps by the US State Department will end by the conclusion of this month, leaving the FBI to decide what they’re going to do with her. Hillary says that she’s not worried about being indicted by DOJ.

And this is more the point, is Obama content that she would be the nominee of his party, or will the old communist beat her. Barack is not anti-communist by any means. However Sanders has no love for Barack or his cronies, and that is a problem.  Barack would be much more content with Old Joe Biden trying to fit into Hillary’s comfortable shoes. So the indictment could get a green light.
On the Republican side of things, the Rubio campaign is livid that Obama lashed out at Trump from the podium, saying that Trump will NOT be the next president. Rubio demanded equal lashing because it generates more votes.

Trump’s lead appears to be solid nationally and if he’s elected president, the British won’t let him visit their island(s). The Bush family might not show up at the inauguration as they’d put Jeb! on suicide watch. Cruz is unlikely to be the vice presidential nominee.