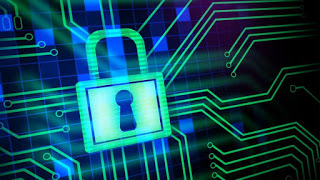 OVERVIEW
There is a lot of splash in the news about Apple Computers, Inc. refusing to surrender the keys to its encryption protocol to the i-Phone to the FBI. Please note that once they give it to the US Court System, the encryption becomes useless.

This week a federal magistrate ordered Apple to help the FBI break into the iPhone belonging to Syed Farook by finding a way to bypass that annoying passcode — that, didn’t exist until 2014.

Apple CEO Tim Cook yesterday issued a statement saying the company would fight the federal order. Cook called the ruling government overreach and said “this moment calls for public discussion, and we want our customers and people around the country to understand what is at stake.” He insisted the order “has implications far beyond the legal case at hand.” He said that “while the government may argue that its use would be limited to this case, there is no way to guarantee such control.”

A British proposal being considered in December to provide a way for that government to access iPhone information in matters of national security elicited a similar response from Apple, thus far unresolved.

FBI Director James Comey earlier told Congress — unrelated to this case — that the failure of Apple and other companies to provide de-encryption data put the bureau at risk of “going dark” in its efforts to stymie attacks or find the culprits responsible for one already committed.

THE PUZZLE PALACE
Of course the National Security Agency can crack the encryption on the i-Phone but they won’t confirm or deny that capacity, and they don’t talk to the FBI very often. This is the fallacy of the whole argument about Apple and what the government wants. The US and British Governments no doubt already have it.
A NEW HOME FOR APPLE?
If the USA really wants to pressure Apple, CEO Tim Cook can always move to say, Mexico or Bolivia. Apple’s annual revenue exceeds the gross national product of Bolivia. I’m sure that the Bolivarian dictatorship would welcome the bump in income and could give a rat’s ass about encryption. That’s the same sort of problem that Bernie Sanders would encounter should he be able to enact that 90% tax rate for the most successful. Unless the US would want to put up an “iron curtain”, wealth would leave.

Of course the controversy will have people buying Apple products. I wish I’d bought Apple stock before this goat rope started.