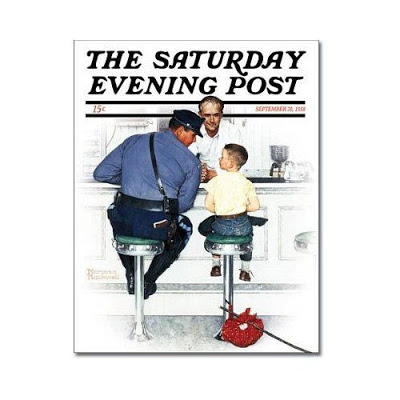 To test my thesis, watch a few black and white movies, and see how people address each other, or in what language, if you doubt me. Not only were people more polite, but they reacted with more stoic reserve and dignity to lapses of politeness.

In my common and daily interactions, I refer to ladies as ‘ma’am’ and to men as ‘sir’. I do this for the sake of being polite.

My children refer to me as, “dad”, and not by my first name. They know my first name, but it’s a matter of respect. I’ve never known a low-life progressive person with the slightest modicum of respect. In fact they are known by being the very opposite, and they cheer themselves on while they behave that way.

If a gentleman holds a door for a lady, or a man refuses to strike a woman in the face, he is a sinister oppressor, and an enemy of women…possibly a misogamist. (though with the new progressive doctrine of “gender fluidity”, they may have some difficulty proving it because the door-holder could be a woman for those twenty seconds of holding the door before transitioning back into being a man).

The Left has convinced the world that courtesy is rude. Watch the sitcoms, watch the product of Hollywood’s efforts and it underscores my thesis.

Political correctness has politicized courtesy, so that now words found harsh or untoward are matters for lawsuit, or riot, rather than matter for an apology. In political correctness, every nuance of spoken and unspoken thought may at an moment be declared a micro-aggression, so that every ear overhearing your most casual joke might hide an expected enemy with license to attack without remorse, ruin your job, ruin your reputation, ruin your life. This substitution of mutual hatred and animosity for mutual respect was not done overnight, nor easily.

Name-calling, character assassination, rioting, and the suppression of unwanted opinions has not stopped, but the polite and reasoned exchange of opposing views has. Think back: how long has it been since you saw a news program giving both sides of any issue, calmly, reasonably, without interruption?

I know that a few of the people who read and comment on this blog have had less than charitable things to say about the police. You have a right to your opinion. The truth is that the various police departments around the US tend to mirror the populations that they serve. It’s also true that populations generally get what they pay for. Most folks don’t get it because they’re not close to the issue, but it’s true.

There was a time when police officers wore neckties and their uniforms produced a different utilitarian purpose. Note the change and the distinct shift from ‘officer friendly’ to the quasi-military approach that many law enforcement agencies take to their approach to the population. Ask yourself why that happened (if you wish) and mull over cause and effect. Nobody actually likes law enforcement people. They are distant, and are the only 24/7/365 icon of The State present in our lives. The average police officer has much more discretion (because they need it) than an FBI Special Agent or a Congressman, for example. If the discretion is applied to you, the officer is either a great guy or a jerk, depending on how it works out. 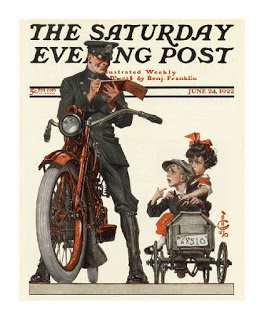 Black Lives Matter, a group led by social justice warriors, naturally doesn’t like the police – unless an officer saves one of them or their family on an individual basis. Then they will concede that there is “one good cop”.

Barack Obama, a community organizer, former drug dealer and son of the Chicago political machine, hated the police. It was obvious in everything that he said and did. President Trump feels very differently about them and it will be interesting to see whether polite discourse about the police will mirror its way into a different view.

Treating the police the way you would like to be treated (as with all things) is an interesting litmus test for social evolution.

I don’t think that the progressive trend of ‘rudeness toward all’ will be dampened easily. If we see a lack of abuse toward the police, it might signal a trend. It’s worth watching to see whether or not that will be the case.