Compendium (a few – Things that tick me off) 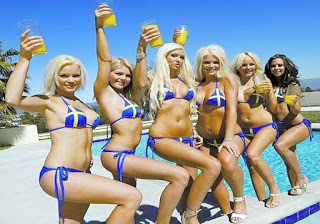 I’m not going on a rant of how much I hate shopping as Ikea, or how Swedish meatballs are inferior to Italian meatballs, but the Swedes are a strange bunch.
Swedish women are known to be some of the friendliest in Europe but will they remain so since they are under siege? Time will tell.
What happened to the viking blood? Has it all washed away?
Following the US Democrat playbook, they are now blaming Russia rather than accepting responsibility for allowing savage, unemployable, military age Muslim men into their country where they prey on Swedes. There is a much larger threat to Sweden coming from the lawless wolves that they’ve let in than there is from a Russia. But you wouldn’t know it by reading the dishonest, elite, lying Swedish Mainstream Media.
Have at the Russians, Sweden, let us all know what you find. The invasion is upon you (by your own hand) but not the one that you envision. 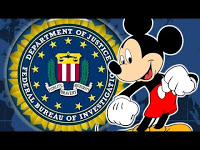 Now we know that members of the Trump Transition Team did end up being collected against under a FISA warrant ‘incidentally’.  We also know that whichever agency did the collection (FBI), leaked the incidental collection to the corrupt, elite, lying, smug, nasty, untrustworthy, mainstream media.

Somebody needs to go to prison.

Witness if you will how the evil, corrupt, elite, smug, lying, filthy mainstream media spin “wiretapping” into “monitoring”. Tonight, MSNBC will focus on the difference between the two words while trying to parse completely different meanings out of them. By the end of the program (if you’re a prog), you may believe that a FISA warrant, followed by felonious, unauthorized disclosure is a good thing – so long as it didn’t happen to YOU. There will be a bevy of talking heads who nod and agree with this. They will come to the conclusion that President Trump must be impeached. They may even praise the FBI for the leak. 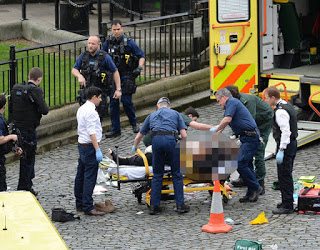 Nothing new here, folks, move along. The Home Secretary calls for tolerance for savages. More senseless police violence perpetrated against the Religion of Peace.
If the UK would submit to Islam, if the women stopped driving automobiles and going to school and served only as breeders (who had been subject to genital mutilation) and wore black tents over their bodies with a slit to see through, everything would be perfect. Will British women accept their role as chattel? Additionally, the British homosexuals need to come out of the closet in support for Islam. It will help that they can be more readily identified…
There are a lot of potential causes for the slaughter people going about their daily business. Islam has so many complaints. Is the UK bringing enough human lice from Syria and Sudan, settling them in nice, quiet, respectable British neighborhoods and putting them on welfare? Time to re-evaluate those programs and increase the immigration quotas. Maybe that will pacify the savages. Time for MORE tolerance and political correctness! Only then will the jihadis join hands with the Brits and dance around the May pole in a celebration of Spring.