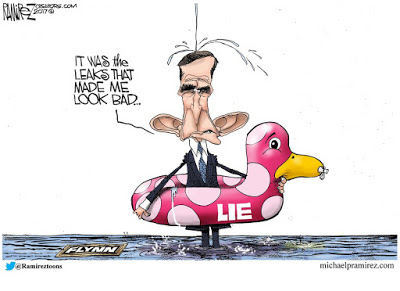 There is a lot of conflicting information out there about what went on, what’s going on and so forth with the Trump Administration. Since everyone (except Dir. Comey) with access has said that there was no collusion between the Trump Campaign and Russia, one could conclude that there wasn’t. However, the corrupt, elite, smug, nasty, lying mainstream media continues to beat that drum.

A more troubling aspect of this is the matter of LTGEN Michael Flynn. Before I go further, the US Defense Intelligence Agency is a joke in intel circles. It’s not Flynn’s fault, but it’s a joke.

I heard a lot of unflattering chatter about Flynn before he aligned himself with President Trump and maybe some of it is true. That the Trump Administration dumped him suggests that he has some issues that made him unsuitable for public office. I don’t know what segment of the allegations against him are true or untrue, but he was cast adrift. Let those chips fall where they may.
Norks in Space? …soon

No, this isn’t an SNL skit – but it would be poetic justice if the Norks nuked themselves.


North Korea plans to launch a satellite (because if they can do that, they can boost a nuke into orbit) soon. That’s breaking news on Virtual Mirage, but since nobody listens, I don’t expect that anyone will really care. Still, there is some measure of satisfaction with being right and predicting correctly.

The space launch will obscure that it’s an ICBM test. The Mouse that Roared wants desperately to build an ICBM that can land a nuclear weapon somewhere on American soil.

On 19 March, the North Korean Workers’ Party daily, Rodong Sinmun, published an account of Kim Jong Un’s guidance of the rocket motor test on 18 March. Excerpts follow.
“Respected and Beloved Comrade Kim Jong Un, chairman of the Workers Party of Korea (WPK), chairman of the State Affairs Commission of the Democratic People’s Republic of Korea (DPRK), supreme commander of the Korean People’s Army (KPA), and supreme leader of our party, state, and army, watched the ground jet test of our-style high-thrust engine newly developed by the Academy of National Defense Sciences…”
“…The ground jet test of the new-type high-thrust engine was carried out with a goal to validate the overall technical indexes of the high-thrust engine, including features of thrust power in the combustion chamber, accurate movement of the turbine pump, control system, and various valves, and their structural safety and reliability….”
“…The respected and beloved Comrade Kim Jong Un went up to the observation post and gave an instruction to proceed with the test….”
“…The test result proved that the technological indexes of the new-type high-thrust engine designed and manufactured by our national defense scientists and technicians through their own strength and technology completely in our own style — including those of the starting and stopping features, features of the thrust power in the combustion chamber in the whole course of engine operation, and all systems including the turbine pump and control systems — accurately met the estimated values and were stably maintained, and also sufficiently guaranteed the structural reliability.”
“The respected and beloved comrade supreme leader said that the success of the test completely rooted out dogmatism, conservatism, and formalism that had remained in the rocket industry sector, as well as the dependence on and imitation of other countries’ technology, and that it is a great event with the historic significance of declaring a new birth of the chuch’e-oriented rocket industry, which has been firmly changed into a development-oriented and creative industry both in name and reality.”
“Then he emphatically said that the whole world will soon see what the momentous significance is of today’s great victory.”
“The respected and beloved comrade supreme leader said that the logistics industry front continuously achieved unprecedented achievements last year and this year again, adding vitality to the revolutionary grand march of millions of soldiers and people…”
This article has two technical sections. The first explains the goals of the test. The second identifies some of the systems on which the North Korean engineers and scientists were focused. The paragraph in which Kim said the successful test completely rooted out dogmatism, conservatism and formalism hints at programmatic or ideological schisms in the program. The brief mention of other countries’ technology suggests some experts in the program favored following Soviet or Chinese models for engine development. They were rejected.
Kim takes credit for backing the team that produced a successful test and for enabling a revolutionary breakthrough. However, it is possible that the rocket engine team just got lucky, if they were bypassing safeguards and standards used by countries that have established space engine programs. The next test could produce a catastrophic explosion. We’ve seen that before.
Kim’s comment about the whole world will soon see the momentous significance, etc., amounts to an admission that North Korea does not yet have an intercontinental ballistic missile (ICBM). But they are working hard on one.
The oddest comment attributed to Kim is the remark that “the logistics industry front continuously achieved unprecedented achievements last year and this year again.” In plain language, this means that North Korea had success in bypassing UN sanctions last year and is continuing to have success. This is a deliberate slap at the UN Security Council. In that connection, Kim Jong Un deliberately had his scientists and engineers arrange the timing of this test to coincide with the US Secretary of State’s visit to China and on the day before his meeting with President Xi Jinping. 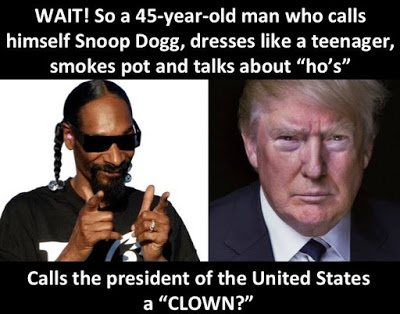 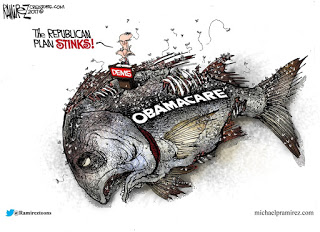 ObamaCare is dead. Everyone knows that including the Democrat Party, but they still bitterly cling to the past and the socialist wet dream of national (rationed) healthcare and two system. One for 98% of Americans and another for the uber-rich.
I think that the American Healthcare Act will work…not for everyone. People are bound to be dissatisfied here and there, but it should reduce the cost of healthcare and that’s the point. Get government out of the way to the extent possible and allow the free market to work. Naturally the leftists are outraged at the very notion of a free market. They feel that collectivism and income redistribution are the way forward. Thankfully, America does not agree.

Are we STILL part of the United Nations? 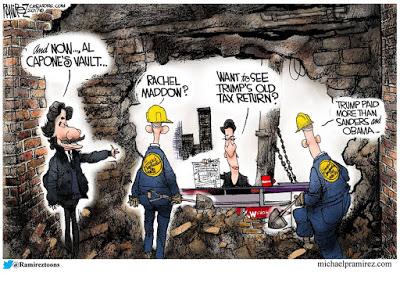 I realize that if you’re a prog, you like CNN and NBC. Good for you.

It would be gratifying to receive actual international news from the American media, but that’s not going to happen anytime soon. Outside of somebody with a table cloth on his head denouncing Israel, it’s as if the world outside of the Beltway doesn’t exist. Even Fox News focuses on the banal (possibly required) rebuttal of fake news promoted by the corrupt, elite, smug, lying mainstream outlets.