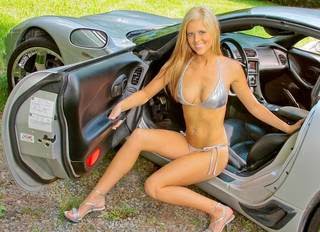 I’m trying to decide what’s left to do for the midlife crisis. Based on the experts, men are allowed to have a crisis from 40-60 and I need to fulfill their expectations before the clock runs out.

Going down the list of things that I need to accomplish, I’ve found that so far-so good. Hot blonde girlfriend, sports car, vacations in exotic locations, interesting career path, etc. CHECK – been there, done that, bought the t-shirt. But is that all there is to it? I haven’t dyed my hair jet black or done anything absurd in that regard — is that all there is left?
I’ll run down the check list of things that I haven’t done and am unlikely to do. But if I don’t do them, will it indicate an unsuccessful midlife crisis? I’m very competitive and don’t like the idea of ‘losing’. The still to do list is short but I trust you’ll help me stretch it out at least until I hit 60.
Haven’t done:
Still to do: