Facebook
Twitter
Pinterest
WhatsApp
Let’s face it, folks, Hillary Clinton lost the Democratic Party nomination to Barack Hussein Obama, a good campaigner and possibly a bigger liar than she was (though the jury is still out on that one). Now it’s Hillary’s chance, the year of the womyn, when the Democratic Party can slip the very first closeted gay woman into the White House as commander-in-chief and leader of the free world.
But wait…

Hillary has never demonstrably DONE anything constructive and her term as SECSTATE was not stellar. The e-mail scandal currently topping the news is only one. She is the Bitch of Benghazi too. I realize that doesn’t matter because Barack Obama never had a straight job in his life and he was elected to the highest office in the land consecutively.
The Democratic Party has all of their eggs in one basket with Hillary Clinton’s name on it — unless poor, senile, perverted, old Uncle Joe Biden and Elizabeth (Fake Indian) Warren are viable alternatives.
The dark horse Democratic candidates like Jim Webb are not liberal enough for the Big Tent and may not appeal to the Democratic Party’s base. SO if not Hillary? Who? 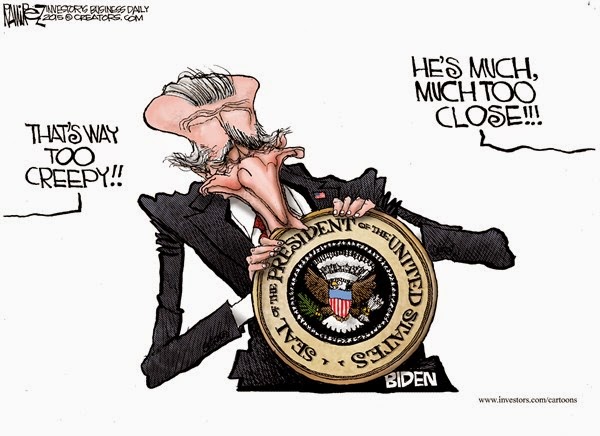 Biden‘s only claim to fame (besides groping women and being creepy) is keeping Barack Obama alive because NOBODY wants to hand him the nuclear launch codes.

Elizabeth Warren is known as being both a communist and a fake Indian…neither of which should bother the typical Obama/Democratic Party voter.

Here is a short list of the other Obama Administration’s luminaries: 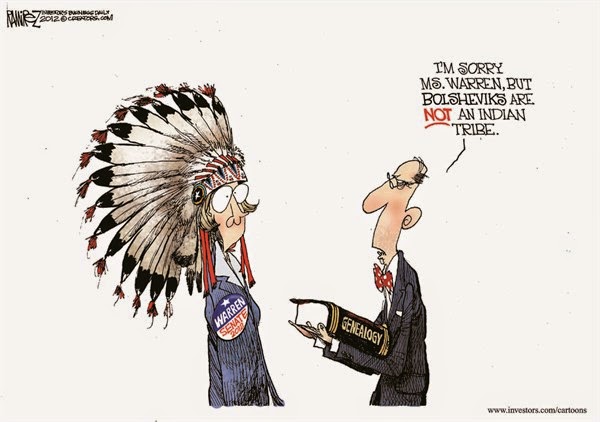 Lois Learner, IRS maven, proven to be willing to take one for the team. Would she be a good president of the ObamaNation? She’d likely be willing to keep up Barack’s legacy of skulduggery.

Eric Holder, convicted of perjury and contempt before  Congress –sure– but when has that stopped a progressive vote? He’s from Chicago for heck sakes.

John (Swiftboat) Kerry, couldn’t get elected when he was up against George W. Bush, maybe it will be better this time. The fact that he’s dumb as a box of rocks shouldn’t deter voters from selecting him to be their leader.

Brian Williams, NBC Anchor, and war hero is looking for work. He is a Canadian, but the birth certificate thing would seem to be an easy fix.