Charge Holder in State Court as an Accessory to Murder? 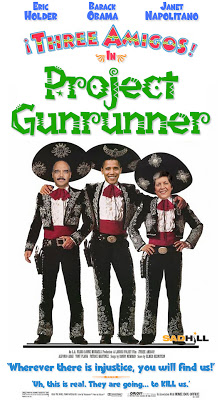 Can Attorney General Eric Holder and his staff be tried in state court for accessories to murder if they knowingly supply guns to felons (and members of Mexican drug mafias) who then use those firearms to murder law enforcement officials or American?
That’s the question that people are now asking and the legal answer isn’t clear. Holder, BATFE Agents, and DOJ facilitators are not immune from prosecution for willful acts that are crimes under state law. I’m sure that the Attorney General’s Office (DOJ) wouldn’t prosecute its chief executive. State courts could be another matter.
California Penal Code Sections 30-33 suggest that the US Attorney General could be vulnerable. No, I’m not suggesting that Eric Holder would ever be tried for a felony in the People’s Republik of Kalifornia. However the California Penal Code is instructive since there’s hardly any state in the union that is more liberal.

CPC 31 and 33
31. All persons concerned in the commission of a crime, whether it be felony or misdemeanor, and whether they directly commit the act constituting the offense, or aid and abet in its commission, or, not being present, have advised and encouraged its commission, and all persons counseling, advising, or encouraging children under the age of fourteen years, or persons who are mentally incapacitated, to commit any crime, or who, by fraud, contrivance, or force, occasion the drunkenness of another for the purpose of causing him to commit any crime, or who, by threats, menaces, command, or coercion, compel another to commit any crime, are principals in any crime so committed.

33. Except in cases where a different punishment is prescribed, an accessory is punishable by a fine not exceeding five thousand dollars ($5,000), or by imprisonment in the state prison, or in a county jail not exceeding one year, or by both such fine and imprisonment.

Does furnishing firearms to a drug mafia with reckless abandon meet the standard? You be the judge because maybe you’ll be the juror. 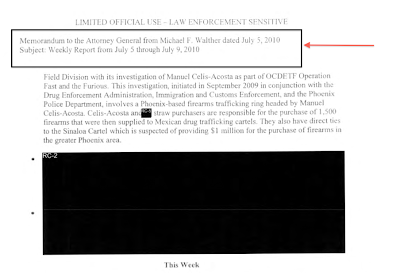