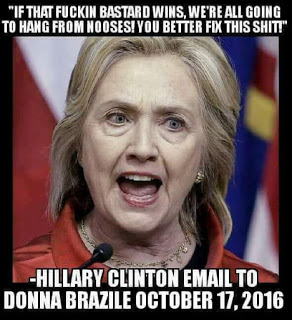 But something else is coming: The Outlaw King. (Netflix release)

Justice is an illusive thing. Sometimes you see it, but it’s mostly a matter of perspective. Most of the time, there’s not enough justice to go around in our modern and allegedly ‘civilized world’.  Often we find that ‘justice’ masks ulterior motives and that was as true in 1298 for The Bruce as it is today.
Justice
Justice was a difficult thing to grasp for for Roibert a Briuis (Robert I) (11 July 1274 – 7 June 1329) He fought successfully during his reign to regain Scotland’s place as an independent country and is today revered in Scotland as a national hero.
Appointed in 1298 as a Guardian of Scotland alongside his chief rival for the throne, John III Comyn, Lord of Badenoch, and William Lamberton, Bishop of St Andrews, Robert later resigned in 1300 due to his quarrels with Comyn and the apparently imminent restoration of John Balliol to the Scottish throne. After submitting to Edward I in 1302 and returning to “the king’s peace”, Robert inherited his family’s claim to the Scottish throne upon his father’s death.
In February 1306, Robert the Bruce killed Comyn following an argument, and was excommunicated by the Pope and absolved by the Bishop of Glasgow (Justice? The Bruce would have said so, were he to be here reading this blog)
Bruce moved quickly to seize the throne and was crowned king of Scots on 25 March 1306. Edward I’s forces defeated Robert in battle, forcing him to flee into hiding in the the Hebrides and in Ireland before returning in 1307 to defeat an English army at Loudoun Hill and wage a highly successful guerrilla war against the English. Bruce defeated his other Scots enemies, destroying their strongholds and devastating their lands, and in 1309 held his first parliament. A series of military victories between 1310 and 1314 won him control of much of Scotland, and at the Battle of Bannockburn in 1314, Robert defeated a much larger English army under Edward II of England, confirming the re-establishment of an independent Scottish kingdom. The battle marked a significant turning point, with Robert’s armies now free to launch devastating raids throughout Northern England.
Despite Bannockburn and the capture of the final English stronghold at Berwick in 1318, Edward II refused to renounce his claim to the overlordship of Scotland. In 1320, the Scottish nobility submitted the Declaration of Arbroath to Pope John XXII, declaring Robert as their rightful monarch and asserting Scotland’s status as an independent kingdom. In 1324, the Pope recognised Robert I as king of an independent Scotland, and in 1326, the Franco-Scottish alliance was renewed in the Treaty of Corbeil. In 1327, the English deposed Edward II in favour of his son, Edward III, and peace was concluded between Scotland and England with the Treaty of Edinburgh-Northampton, by which Edward III renounced all claims to sovereignty over Scotland.
It remains to be seen if the movie lives up to its hype.