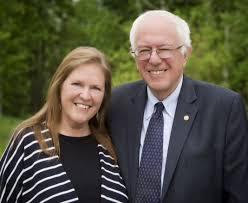 On January 10, 2016, in the midst of Sanders’ sudden stardom—just weeks before the votes in Iowa and New Hampshire—the U.S. attorney for Vermont was sent a “Request for an Investigation into Apparent Federal Bank Fraud.”

Backed by six exhibits and a dozen documents, the four-page letterdescribed how Jane Sanders had “orchestrated” the purchase of 33 acres along Lake Champlain in Burlington, Vermont’s largest city, where her husband had minted his populist political brand as mayor. The deal closed in 2010, when the senator’s wife was president of Burlington College, a tiny, obscure, nontraditional school that always seemed to be struggling for students and funds. The letter alleged that to secure a $10 million loan and execute her grand plan to expand the college, Jane Sanders had falsified and inflated nearly $2 million that she’d claimed donors had pledged to repay the loans.

It’s one of those things that we have to watch, to see how it all turns out.

The infamous Clinton Foundation now admits that it took $1 million from Qatar while Hillary was Secretary of State, and forgot to tell the US government. (more here)
It could have happened to any one of us. Of course if you’re not elite and you do that, you end up in custody with soap-on-a-rope around your neck in the communal prison shower.

Among the thousands of emails hacked from Hillary Clinton’s presidential campaign chairman John Podesta and published by Wikileaks, one stated that officials from the government of Qatar gave the Clinton Foundation $1 million to celebrate Bill Clinton’s 65th birthday, funds which the foundation did not report to the State Department.

That would seemingly violate an ethics agreement Hillary Clinton signed when she became Secretary of State in 2009, in which she promised the foundation would notify the State Department’s ethics official if a new foreign government wanted to donate or “increase materially” its contributions.
Qatari officials pledged the money in 2011; in April 2012 Amitabh Desai, the Clinton Foundation’s foreign policy director, sent an email acknowledging the Qataris wanted to meet Bill Clinton “for five minutes” in New York City. 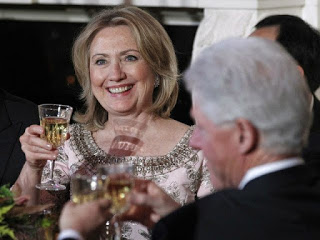 America is still waiting for a serious investigation into the Clinton Foundation, shady uranium deals and a host of other “irregular” transactions. The FBI could do a good job here and it might begin to remove the “Comey Stain” that is on the FBI badge. Currently, people allege that the FBI (along with the corrupt mainstream media) is a wholly owned subsidiary of the Democrat Party. I don’t believe that, but I do believe that there is a lot of partisan politics being played instead of following evidence and sticking to a discovery of facts. It makes the Bureau look tawdry. 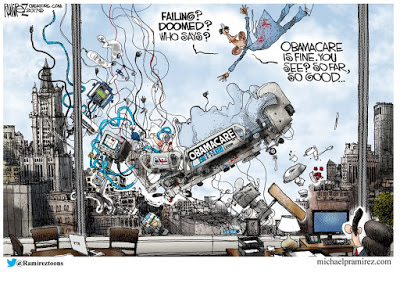 The system is broke and insurers are either increasing premiums dramatically while also raising deductibles or they’re pulling out of the exchanges/market completely.

Today it remains to be seen whether Congress will put lipstick on a pig (ObamaCare) or will repeal and replace. The swamp is very deep, my friends. I have no idea where this will land, but the Republicans aren’t showing much spine. President Trump promised America a repeal of ObamaCare and a rational replacement that included opening up the entire US to all insurance carriers so that competition could drive down cost.