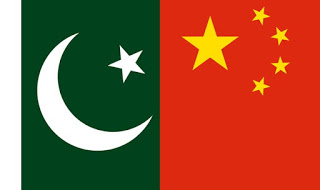 During the past week, the Chinese have offered to mediate Pakistani differences with Afghanistan. When you consider that the Pakistani Intelligence Service (ISI) created the Taliban, and has supported them since the beginning, I don’t know what form those mediations will take.

This week the Russians offered to mediate Pakistani differences with India.

The US has tried to use its position as an ally of Pakistan and Afghanistan and a friend of India to persuade Pakistan to halt support to terrorist groups in Afghanistan and in India for the past 16 years. US efforts failed.

The most important countries on earth are getting tired of Pakistani duplicity. Pakistan has become a source of instability and a training ground for international terrorists that now threaten Chinese and Russian interests, not just those of the US.
Pakistani leaders do not seem to be getting the message that China will not tolerate Pakistan’s ineffective security operations and selective support for terrorists because they jeopardize China’s Belt and Road initiative. The terms of Pakistani participation virtually allow China to take charge of Pakistani security, if Pakistan cannot meet its responsibilities.
Russian President Putin made the mediation offer on the sidelines of the Shanghai Cooperation Organization conference in Astana, Kazakhstan, in early June. As the US has exerted increased pressure on Pakistan to terminate its support for terrorist groups, Putin’s advisors perceive an opportunity to increase Russian influence. 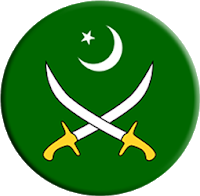 Pakistani leaders also have incurred increased displeasure from Saudi King Salman because Pakistan has twice declined to support important Saudi initiatives. Pakistan has refused to support the Saudi-led coalition in Yemen and the Saudi-led sanctions regime against Qatar.
The Pakistani leaders do not seem prepared to cope with the complexity of the situation that their policy choices have created.
There is no good reason that the US should extend .02 cents to Pakistan by way of foreign aid. Let the Chinese watch their bribes disappear onto the pockets of Pakistani leaders without the slightest movement toward improving the lives of the regular people or improving the security situation.

“Out of the seven ballistic missiles fired at ISIS havens in Deir ez-Zor, only two hit the targets,” Haaretz reported. Two landed in the surrounding area; three landed in Iraq, according to Israeli military sources.

Iran said the missiles killed 65 Islamic State fighters.
The Israeli narrative corrects the record, but the inaccuracy of the Iranian missiles might be considered more threatening than more accurate missiles. Inaccurate missiles are arguably more terrifying than precision weapons. The Iranians would accept a mixed result from a missile attack against Israelis.

The problem of Iranian missiles reaching their targets may have something to do with their design being based on North Korean Missiles.


If a Turk should marry a Kurd, the resulting union would be… puzzle that one out for yourself. Meanwhile…
Several Turkish army convoys were seen heading into Syria on 21 June toward the rebel-held town of Azaz. The Turkish troop movement reinforces rumors of a pending Turkish-backed rebel assault on Kurdish People’s Protection Units (YPG) positioned around the town of Tell Rifaat.
A local analyst observed that a battle over Tell Rifaat, a previously rebel-held town that was seized by the YPG, isn’t as sensitive as a direct Turkish attack on core YPG areas, as Manbij has become.
The Turkish leadership is obsessed with and confounded by the Syrian civil war. President Erdogan’s initial policy was to support the Islamic State in overthrowing the Assad government. That policy failed and backfired when the Russian expeditionary force arrived to save the Assad government and when the US narrowed the fight by focusing on the Islamic State.
Turkey’s Operation Euphrates Shield succeeded in creating a limited safe zone, around a few villages west of Manbij, but, even with the help of Turkish regular units, the Turkish proxy forces were unable to push the Syrian Kurds back across the Euphrates River. Turkey ended that operation with a promise of returning.
Turkey hoped to have its proxy rebel forces join the fight for Raqqa and to replace the Syrian Kurds. The US rejected the Turkish plan.

Erdogan sensed an opportunity in cooperating with the Russians and Iranians in creating the four de-escalation zones. Turkey’s task supposedly was to ensure that the Sunni armed opposition groups complied with the ceasefire terms. The triumvirate has yet to decide where and how the Turks perform this task. That is a primary topic for the next round of talks in Kazakhstan.
The latest move suggests Turkey unilaterally is determining its area of responsibility by committing Turkish army units a second time.
The Turks might be doing to the Syrian Kurds in the north what the US and its proxy force did to the Syrian army and its allies at Al Tanj. That is set up a blocking position to protect its interests. At Tell Rifaat, the Turkish army will ensure that the Syrian Kurds from their two cantons in eastern Syria never create an uninterrupted land corridor to the Afrin Canton. I believe that the Turks will be frustrated in their efforts once again. 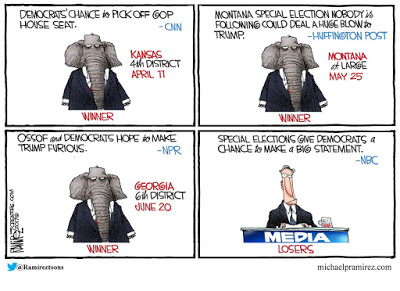 The smug, elite, progressive, lying, filthy mainstream media continues their rant against the American people, while the rest of the world just wonders if the American elites have gone completely insane.

The answer to that question would be “yes”.

It would help if the mainstream media could get out of the DC Beltway or off Manhattan Island – but that is asking too much.