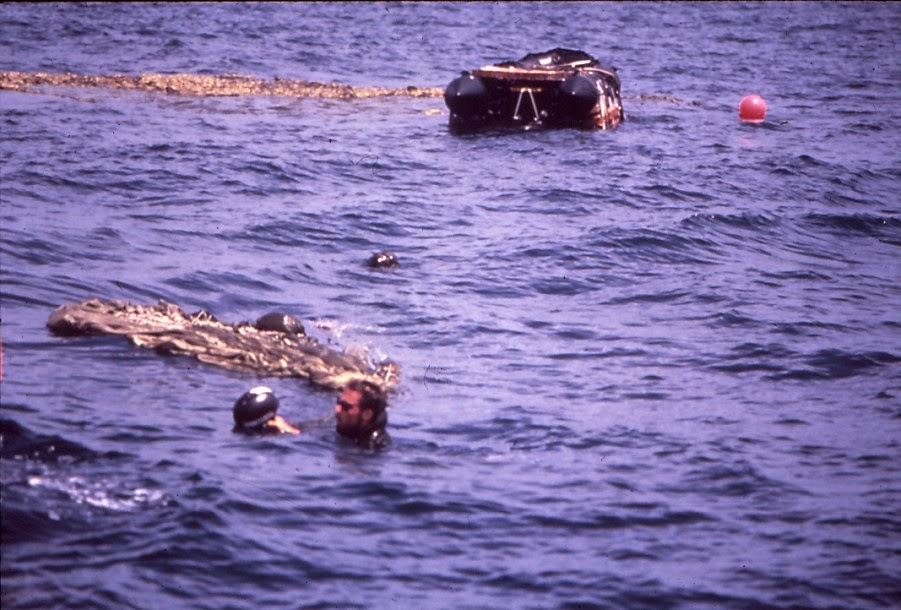 Facebook
Twitter
Pinterest
WhatsApp
This is a non-fiction story and Don B. was my best friend. He lost his life in the war against radical Sunnis/the war on terror. He didn’t die alone. I was there and I held his hand as he passed from this life.

I’ve had best friends come and go, many of them died. Being my best friend was never the best of career moves.

The dip tank is used to test outboard motors used on the combat rubber raiding craft. The tank is almost always filthy with ocean murk, two-stroke engine oil, gasoline and bits of flotsam and jetsam.

The raiding craft were nothing more than sturdy black zodiac inflatable boats but they formed an integral part of the Naval Special Warfare program’s mission flexibility. When they were dumped out of the back of a C-130 Hercules flying low over the ocean, followed by five SEALs, they were referred to as limp ducks.

Uninflated, packaged with an outboard motor, they fell from the sky to the foaming waves below. After a hearty splash, they slipped beneath the waves, inflated and popped back to the surface.

The SEAL’s came later, floating, not falling, braked by parachutes, water landing protocol. They detached themselves from the chutes before they hit the water so that the silk wouldn’t drag them down to Davy Jones. Everyone swam to the combat rubber raiding craft, boarded it carefully, whoever was appointed coxswain cranked the outboard motor and off they went.
Salt water is hard on equipment. The dip tank is used to test the motors after each operation and training evolution. It’s important that they work. Sitting mid-ocean in a limp duck is not fun. Paddling to shore, wherever shore may be, is not fun either. It puts everyone in a bad mood.
Dip tanks have other uses, more traditional and esoteric uses. They’re baptisteries of a different nature.
The SEAL Team Five facility – not the shining new one that you’ll see today, the sprawling old one, the green-painted, one-story, flat-roofed, dinosaur of a building, had a rusty old dip tank outside the outboard motor shop. There was always at least two inches of fuel and oil floating in a rainbow slick on the top. Maybe emptying it constituted an environmental hazard so it was never cleaned properly. On the other hand, keeping it foul might have served its other purpose well.
There is no saluting on a SEAL facility, but if you wave, they’ll wave back. Formations are equally lax and lacking in all pretense of spit and polish. That sort of thing is not necessary to good military order. Rate and rank are observed though, and promotions are celebrated.
No matter how high you climb in the Navy’s bureaucratic structure, if you’re promoted or if you mention your recent promotion on the facility, strong hands take you. You’re expected to fight. Nobody who goes to the dip tank willingly garners any respect, but they all treasure the drop into the oily filthy water as a rite of passage.
Men may curse their bad fortune. The uniform was clean. They just showered. Other excuses are muttered beneath their breath, but beneath all that, there is a deep satisfaction that comes with belonging to an exclusive club with others who share your commitment and skill at life taking and heart breaking.
It was winter and while Coronado is never so cold that you’d freeze but the wind whipping rain from the ocean can make it brisk. The dark clouds threaten, sheets of rain follow, and the facility always flooded. I’m sure that the new SEAL Team Five compound isn’t prone to flooding, but the old one always did.
Don B. showed up late that day in January when the San Diego Coast was lashed with rain. He checked in at the quarterdeck and being Don B., he flashed his CIA credentials in their blue case for the Officer Of the Day to see. There was no escort required and he knew the way, but Don B. wanted an escort. I suspect he wanted a witness.
I sat behind the World War Two vintage wood desk with a chart spread across it when he waltzed in with the OOD trailing behind him. Rain blew in with the two men because my office was in the quadrangle that opened to the weather. I tried to shield my chart; paper flew, driven by the wind.
“You’re here.” I said dryly. Don B. was my best friend and I hadn’t seen him for about a month.
“As per our arrangement, I was promoted and I’m here to take you to lunch.”
A sly glance crossed the face of the OOD, who excused himself politely.
I knew what was coming. The SEAL’s like nothing better than dropping some civilian spook like Don B. into the dip tank. Nobody was immune, certainly not Don. Though he never admitted it, I’m certain that Don was hoping to be dropped unceremoniously into the dip tank as so many other warriors had before.
“Rainwater’s sounds like an appropriate lunch for the weather.” I picked the most expensive place I could think of.
“Sounds good.” Don B. was a man of few words.
I threw the chart into a locking file cabinet, spun the lock and put one of those magnetic signs on it that read “secured”.
A step into the quad met two-dozen smiling faces and drenched uniforms. Don B. acted the soul of surprise and protested wildly as strong men grabbed him by his hands and legs. Before they had him completely he slipped me his credential case and I palmed it.
He dropped beneath the surface of the dip tank and emerged to howls of laughter. Hands grabbed him, patted his back and honored his promotion to the Senior Intelligence Service, Grade One.
I told him that I had a uniform he could slide into. We wore the same size. I didn’t plan to let him slither past the obligation to buy lunch.
“Where’s your wallet,” I asked. “We need to dry off those credit cards.”
His reply, soto voce, “I left it in the car.”