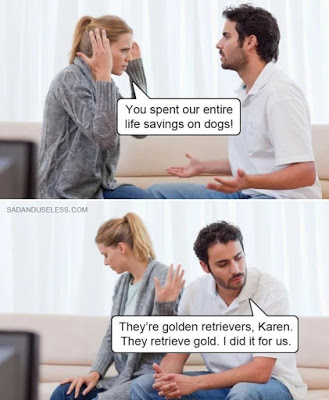 No, I’m not writing about myself, but yes, I do know them…or their clones.

Now the Mail: Mid-Week Round Up

Lonestar Parson – And I don’t see how the China thing ends well, but perhaps I’m missing something?

The Hong Kong situation won’t work out well for the locals, however, it does unmask the communist oligarchs in China and their agendas in terms of their feelings toward freedom. Recall with me if you will, that the British obtained control over portions of Hong Kong’s territory through three treaties with Qing China. The 1842 Treaty of Nanking: Hong Kong Island ceded in perpetuity. The other territory of modern Hong Kong was under crown rule for 156 years. In 1997, the British gave it to the Communists. And the communists have decided that it’s time to bring the people in the Special Administrative District into line. The people in Hong Kong don’t want to be communists. And millions of them are speaking.

WSF – One hopes we have a President smart enough to keep us from getting sucked into the mess. Sucks to be Chinese but it is their world and their problem. US investments there? You pays your money and you take your chances.
Do the Communist mandarins have enough resources to invade Formosa and crush Hong Kong at the same time? If they try, do you see the other parts of China taking advantage of the situation to break away? Interesting times!

The People’s Liberation Army and the People’s Liberation Army’s Navy (PRC Navy title) have enough to handle both situations at the same time if we’re speaking of situations where the US does not become involved. Given sufficient notice, US submarines can deny the Straits of Formosa to a Chinese fleet, and Taiwan’s Nationalist Chinese Air Force can restrain a PRC air fleet/paratroops. Ultimately, the Red Chinese can reduce Taiwan and Hong Kong to cinders, no matter what the US does. And they become a pariah state, burning their ambitions to the ground. It’s a sticky wicket.

Old AF Sarge – As to China, without the PLA, the oligarchs in Beijing would have been swinging from a lamppost a long time ago…

The balance of power requires the loyalty and approval of the People’s Liberation Army, and upon it’s willingness to drive tanks over the Chinese people wherever and whenever required.

Raven – Congratulations! You are a truly wealthy man!

The PLA crushing Hong Kong militarily has so many potential unexpected consequences- no matter how much propaganda they emit,this action will confirm in some Chinese that the gov. is the enemy, and to prepare accordingly. Your description sounds like Tito’s Yugoslavia – disparate cultures and countries held together by commie-glue, aka military force and fear.

Wonder if the Taiwanese are screwing devices together. Along with the Japanese. Wouldn’t that be an odd alliance!

Not as odd of an alliance as one might think. They’ve cooperated for a very long time despite the “rape of Formosa” when the Japanese Army invaded during WW2. Intelligence agencies often find strange bedfellows – and not just in a Bond Film.

Modern China is very much like Yugoslavia, but the competing interests are not ethnic, so much as they are regional economic empires.

Family is wealth, love is wealth, and much of what people value in our modern world is not.

Beans – If Hong Kong falls quickly to the PLA, after the PAP do the Harkonnen under the Beast Rabban thing of screwing things up majorly, and the PLA comes in to ‘make things better’ then expect them to jump at Taiwan very soon.

Now, if Vietnam was smart, they’d be aiding in any HK resistance, along with Singapore, Taiwan and Japan.

That is a bigger problem for China than the US is. They currently blame the US, but the nations that want to vex China are not limited to the US. Not by a long shot.

Hong Kong is a vertical city. Armor and soft skinned vehicles have to navigate streets in what is substantially the bottoms of valleys. That’s a military situation that no military commander wants to find himself in. Particularly if the people of Hong Kong receive (maybe have received) anti-tank weapons….and pre-positioned them. The tops of tanks have thinner armor than frontal and side armor…

There will be no way to ‘limit’ casualties, and I don’t think the ChiComs will want to.

It will definitely let the world know that they must to oppose the PRC/PLA – and end their international ambitions.

Mike_C – @raven: Taiwan and Japan working together would not be as weird as it sounds. The people calling themselves (“native”) Taiwanese (but whose ancestors migrated from Fujian some 400 years ago; the actual aboriginal inhabitants are

On the Hong Kong thing, I’ve said elsewhere, only semi-facetiously, that we should state clearly that it’s an internal matter for China. BUT, offer immigration to any HK resident who wants to settle in the US, so long as they agree to go to Detroit, Baltimore, [list of other failed shitholes goes here], or Los Angeles county, and live there for 10 years.

While I’m quite anti-immigration in general these days, two can play at the replacement game. And if we’re going to import people who don’t fit in all that great, let’s at least import high-IQ, entrepreneural people (who admittedly also tend to be grasping and rude). Our current policy of favoring low-IQ, low impulse control, uneducated and anti-Christian people is clearly not working well for us.
Why?
1. Torques off China. We will be scrupulous about letting them handle their territory. But we will remove the bulk of their human capital. Or rather let it remove itself.
2. Torques off the progs. Especially after the first mass atrocity happens in HK. “Look! We’re importing non-white people! Non-whites with seriously credible threats against their lives. Go ahead and go on the record as being against that, you race baiting, victimhood pushing assholes.”
3. Detroit, Baltimore, etc can only be improved by dilution of their present populations. Was that racist? Sorry, but you must be mistaken. These are persons of color!
Will the Chicoms slip in their own agents and provocateurs into the tide of Hong Kong exodus? Of course they will. But the US is *already* chock full of those people. And maybe Senator Feinstein can finally find a replacement driver, or whatever that Chicom spy of hers supposedly did for her.

Well said. I can’t add anything.

LA – I too will be a grandpa to a VERY young lady already named Claire.