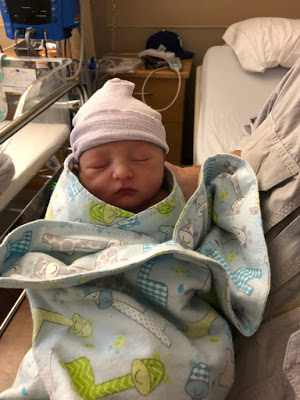 Facebook
Twitter
Pinterest
WhatsApp
Stork News: My daughter, Emilie, delivered a healthy baby boy, Michael Bryan, yesterday. It is a miracle, it’s wonderful, and all of those things. The big worry is always that the baby and mom are healthy, and that’s the case. It’s usually the case – but things can go horribly wrong and that’s a worry. So I’m on vacation of sorts in SoCal, hanging with buddies, hanging with kids and grandkids and so forth.

The guy looks like a little boxer who’s taken a few hits. I may call him “Rocky”?

The Situation in Hong Kong

Chinese authorities have denied requests by two US Navy ships to call at Hong Kong. The amphibious dock landing ship USS Green Bay was to arrive on the 17th. The guided missile cruiser USS Lake Erie was scheduled to visit in September.
Given that the protesters are carrying US flags and are singing The Star Spangled Banner, the Chinese view the incendiary nature of US warships at Hong Kong as problematic. I can’t help but agree.
Hong Kong enjoyed freedom under the British Crown and it’s challenging for the Red Chinese to stuff that genie back into the bottle. I’ve been speaking with people in China by telephone. Officials assert that it’s all the fault of the Americans. And that’s absurd. Somewhere along the lines of 5 million people in Hong Kong identify with the protesters, leaving 2 million or so who are on the fence or side with the communist overlords. I wish that the CIA was that good, but they’re not. It’s an organic movement (much like the original or more recent Tea Party was in the US) and while freedom, such as that which is available in the USA is an aspiration, it’s not the result of US propaganda.
The Chinese move to snuff out incoming bank wires through HSBC, didn’t change anything. Neither did the other moves that they’ve made. Flights into and out of the airport are spotty and capital is being wired out of Hong Kong at a frantic pace. There are about 1,000 US owned companies that have their headquarters in Hong Kong and many of those are reconsidering their presence. 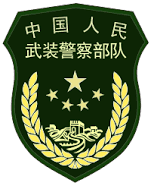 The Beijing government is preparing to move large elements of the People’s Armed Police into Hong Kong. Essentially, they guard government buildings in China and serve as a type of “SWAT Team” when needed. They are a separate police force that is not part of the Public Security Bureau or the People’s Liberation Army. Unofficially, they’re in place in the event that the Public Security Bureau (the Police) get out of line.
And lest you think this will solve the problem, it won’t. The People’s Armed police are an oafish group of poorly trained troops who will either over react or they’ll get their asses kicked…or both. They will likely make the situation worse. And then the People’s Liberation Army will move in.
Armies only do one thing well. Putting ordnance on target. And once the People’s Liberation Army moves in, the resistance, currently being organized primarily by actors from Taiwan, will kick into full gear. Smuggled anti-tank weapons and sniper rifles will go into play and the People’s Liberation Army will turn the financial center of Asia into a smoldering hulk, ripping the mask from the image of a kinder and gentler Red China. Hong Kong people will flee as best they can or they’ll be placed into a new gulag system, constructed for their re-education.
China’s Problem
The reality is that if there was no People’s Liberation Army, China would balkanize TOMORROW. Meaning, literally, tomorrow. Shanghai would go it alone as would Guangzhou, and so forth. Nobody feels as if they either need or want the mandarin oligarchs in Beijing. There is no outside force that has any interest in invading China. We’ve seen what’s happening in Hong Kong and from an aspirational sense, the same thing could/would happen elsewhere if the central government didn’t have the army backing its play.
Thus, they will destroy Hong Kong to make a point.