Parable of the Canoe Rack 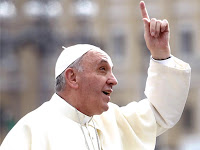 Facebook
Twitter
Pinterest
WhatsApp
As the US approaches the heralded, much discussed, and anticipated debate between Donald Trump and Hillary Clinton this evening, other things are going on which are more subtle and at the same time are not so subtle. I’ll leave the debate and the countdown to November 8 for another day. With luck, Trump wins and the actors in Hollywood will be good to their word and move to Mexico. They failed to keep their promises when George W. Bush won twice, so my hopes are tempered by the disappointment predicted by historical reality.

On to my polemic discussion. And since it’s Sunday night that I write this, it is clearly a sermonette. It may not be as eloquent as one you’d get at LSP’s church, but I make do as best I can.

There are a number of Catholic bloggers who drift by Virtual Mirage from time to time. I wish no offense to them.
There have been good popes in the past. John Paul 2 comes to mind. There have also been some bad actors such as the Borgias, who left a stain on history. Pope Francis has been a disappointment at this hour of history when the lamps of the faith are being extinguished one by one. Our nation is diseased with the open corruption of venal secularists and their perversions combining with heretical and apostate Muslims to form a single and insanely violent death cult bent on the destruction of the West.
Every day there is a news report from a shopping mall shooting or stabbing or a bomb being detonated by one of the Mohammedans. The victims are inevitably unarmed and are going about their business in peace when they are killed. The Pope calls for tolerance. My view is that safety “trumps” tolerance. You may not agree.
When you hear what Pope Francis says about Islam, about the right of a country to have and defend its borders, etc., it sounds like he’s reading out of the Obama playbook. Which either means that Barack is a God-inspired national leader or that Pope Francis is a flawed religious leader. I tend to believe the latter.
Canoe Rack 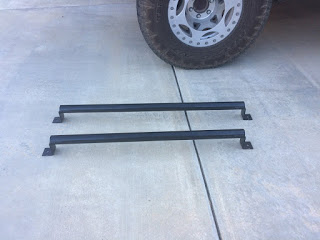 I realize that the shift in topic from the Pope of Rome’s views to that of which canoe rack is better requires some explanation.
There are literally hundreds of different styles of canoe for sale in America with different construction materials, different paddling philosophies, etc. involved. I have my opinions, and you may or may not have an opinion.
The first problem for me was deciding how to get my canoe from my suburban home to the (1) Ocean, (2) Rivers and (3) Lakes. I have two vehicles capable of easily transporting the canoe or kayak. Of the two, the Toyota FJ makes more sense because the short wheel base, heavily trail-armored, 4×4 vehicle can go where the Ford Raptor pick-up truck can not. Being able to haul the canoe to remote mountain lakes is critical to the stated mission.
Having found that every canoe/kayak rack on the market being sold either on-line or at famous sporting goods conglomerates were inadequate to the task, I set about designing my own. I wanted something that I could slip on and pull off the rig within roughly a minute – or less. It had to be incredibly strong and to have the capacity of doubling as a rack for other applications as the occasion arose.
If you can’t buy it, build it.
I decided on 100% steel construction with cast billet aluminum attachments to the roof rack of the FJ.
Materials:
(1) 4 X FORTREKS Hi-Lift Jack mounts, repurposed to my need.  (cost: $109 – I already had two in inventory and needed another two, so it’s technically an additional $109)
(2) 72″ X 1.5″ OD x 0.25″ Wall, Mild Steel A513 Type 5 DOM (Drawn Over Mandrel Tubing). The tube offers a uniform grain structure that gives it a strong, seamless and consistent structure. DOM tubing offers excellent weldability and workability. (cost: $95.00)
(3) .25″ X 1.5″ X 24″ Steel bar (from garage inventory)
From there it was a simple matter to cut the steel bar into segments and bend them to suit. From there, I cut the DOM into unequal pieces because the rack on the FJ is not uniform in dimension from front to back. Notching the DOM, I put the strapping into place and welded it. Then I took it to a local powder coating company and called in a favor. They charged me $30 for both pieces and I felt that was an adequate deal. So I have a canoe rack for roughly $200 that will carry virtually any size or weight canoe (that would fit on the top of the rig). I have not yet put neoprene onto the racks to cushion the canoe once it’s in place. That’s coming. 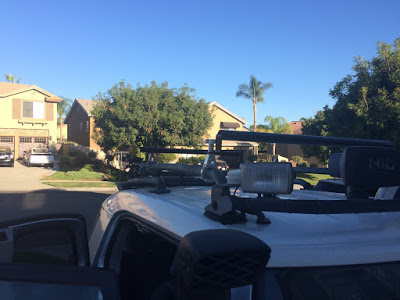 The racks that you can buy at the various outlets are inevitably made in China and are constructed of plastic and pot metal that will bend or break in a strong wind. This one is VERY simple, can be installed and removed from the rig in well under a minute and is simple. Ratchet straps hold the canoe in place once it’s loaded on the rig.
Barack would say that I didn’t build it, but I did. A stopped clock is correct far more often than Barack or his buddies are.

We all have to chart our own courses in life. If you want to follow Barack-the-Magic-Socialist, or the Pope, or the shrewish crone, Hillary Clinton, that’s up to you. I’ve never been good at following a well-trod path or swallowing lies. More often than not I end up building it myself to suit or repurposing if it comes to that. I earned the money that bought the components of the roof rack addition. I constructed it by the sweat of my brow, relying on others to help at times with the powder coat, which I paid for or the loan of a welding rig, for which I owe a favor. However, I’m responsible for the contraption’s success or failure. It’s all on me. I prefer it when things go down that way.
The presidential debates are much the same thing. One person is abundantly happy with the corrupt system which feeds her billions of dollars each year in graft. The other wants to turn the country around and Make America Great Again. But no matter who wins the debate and rules for the next four years, I have a plan to make them less important in my life.

If we as a nation, as a people, each agreed to carry our own water, most of the problems that we have would be solved automatically without some bureaucrat needing to mandate this or that BS. There are TONS of laws on the books. Many of the more valuable laws are not enforced because of executive prerogative and agenda. At the same time Congress passes more and more laws.