Many of this blog’s readers have expressed special interest in the present campaign that the Turks have launched against the Syrian Kurds. This is your analysis.

The Turks call it Operation Olive Branch – the destruction and annihilation of Kurds in Western Syria. You’ll recall that the murder of Kurds for fun and profit is and has been a key activity of Turkey. This is no different, except that the Kurds are better armed now. And that’s creating a problem for the Turks.

Let’s step back for a moment and identify the players.

There are two Free Syrian Armies loose in Syria. One of them is comprised of former Syrian Army officers who want to depose Assad (FSA). The second is the Turkish-Backed Free Syrian Army (TFSA). It’s ok if you’re a bit confused because this is Syria and there are a lot of different factions, a lot of different funding sources for those factions, and the names sound either close or the same even though they represent radically different groups (and their sponsors, of course). There are different factions within the TFSA. All of them are opposed to the—

Syrian Kurdish People’s Protection Army (YPG), who were formed in Western Syria to keep the Kurds in that part of the land from being wiped out by either Turkey or Syria, both of which are at war with them – primarily because they’re Kurds. YPG is allied with the PKK, who the Turks hate far more than ordinary Kurds. And rather than get lost in the weeds, we’ll move on with the reason for this blog analysis.

Suffice that the Turkish-Backed Free Syrian Army (TFSA) is a cat’s paw of Turkey and consists of Turkish armed and trained Syrians (secretly led by Turkish officers in mufti), sent in to ferret out the Kurds and kill them so that main Turkish Army won’t take losses and lose face when their tanks are blown up by American made anti-tank weapons.

On 22 January, the third day of the Operation, Turkish forces and the Turkish-backed Free Syrian Army (FSA) fighters opened a new front. They attacked Azaz, another town liberated by the Syrian Kurdish People’s Protection Units (YPG) last year. The Turks claimed to have seized an important hilltop near Azaz on the 22d. Two hours later the Kurds claimed to have driven the Turkish-backed fighters off the hilltop, known as Mount Barsaya.

In the Afrin area, the Syrian Observatory for Human Rights (SOHR) reported that the Syrian Kurds executed a counterattack against the YFSA and recaptured two border towns.
The SDF General Command told the media on 23 January that the Turkish Army has made no progress in three days. A spokesman said 13 civilians were killed and 23 injured. He also claimed 40 TFSA members were killed and 300 injured while 3 Turkish tanks were destroyed.
The SOHR reported 54 killed, including 19 FSA fighters, 26 Kurdish fighters and 22 civilians.

Operation Olive Branch
The attack on Azaz is one of the four stages in Operation Olive Branch. The Turkish Foreign Minister indicated that the Operation will also include attacks on Kurdish towns east of the Euphrates River.
Turkish President Erdogan’s confidently stated expectation that this would be a quick operation has already been undermined by the Syrian Kurdish counterattack. The Turks apparently judged that the Kurds would be awed by Turkish military power. Instead, the initial indications are that the scenario of Operations Euphrates Shield is reprising itself.

Context and Precedence – In Operation Euphrates Shield (August 2016-March 2017), the Turkish-Backed Free Syrian Army fighters were supposed to prevent the SDF and the Syrian Kurds from crossing the Euphrates River and to drive them back if they did. The TFSA were outmatched by the SDF and the Kurds. Turkey was forced to commit special forces and armored units, supported by artillery along the border. They failed to accomplish the stated Turkish goals.

One analytical center reported that the Turks lost a battalion of tanks – up top 45 — during the eight-month operation. In March 2017, the Turks declared victory, ended the Operation and announced Operations Euphrates Sword would follow at a future date. Operation Olive Branch apparently is that follow-on operation.

The YPG Kurds have shoulder-fired anti-aircraft missiles. There may be Turkish air losses soon. Many of the Turkish pilots, flying US made F-16’s are American trained and they know what they’re up against. Political cadres will be asking the pilots to fly, low, get in there, and provide close support to the vulnerable tanks. The pilots won’t want to fly below about 20,000 feet, which limits their effectiveness against difficult to locate anti tank units among dismounted YPG infantry spread through the landscape. As has been stated previously, the only way at present for the Turks and their catspaws to do anything is to dismount their infantry and move against the Kurds without any support at all. When/if they do that, the Kurds will exact a punishing price and the Turks know that. 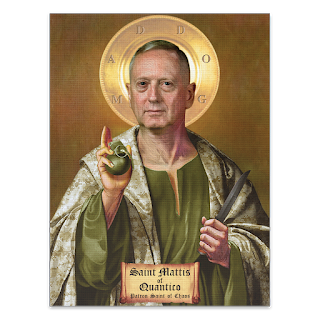 – The Syrian government has denounced the Turks but not shifted military forces. It might not need to, if the Kurds can halt the Turkish offensive.
– General (Saint James of Quantico) James Mattis, US Secretary of Defense, ever the diplomat, said the US recognizes that Turkey has legitimate security concerns… with a smile on his face. The Turks again criticized the US for arming the Kurds.
– Russia announced it is preparing relief supplies for refugees from Afrin.
– President Erdogan insisted on 22 January that the operation will continue and that Turkey has an agreement with Russia. The Turks obviously obtained President Putin assurance that Russia will stay on the sidelines of the Syrian Kurdistan operations. However, open sources reported no details of what Putin obtained in return.

Russia looks to be the big gainer. It reinforced its developing relationship with Turkey without weakening its support for Syria or Iran. If the Turks succeed in creating a Kurdish-free corridor, the Damascus government will avoid negotiations with the Kurds over regional autonomy. In addition, the US will be embarrassed for failing to assist the Kurds and will have no justification for keeping forces in Syria in an open-ended commitment.

If the Turks fail, Syrian sovereignty will be reaffirmed, which is a primary Russian goal. Turkish relations with the US will become more strained. The Kurds will be weakened militarily, but ties with the US will remain strained. The Syrian opposition will have exposed its lack of loyalty to Syria in the face of Turkish aggression.

– General Mattis praised Turkey for permitting continued use of Incirlik air base by US air forces. The Turks apparently threatened to terminate US use of Incirlik if the US interfered with Operation Olive Branch.
– At some point, Turkey’s role in NATO would seem to deserve serious re-examination. Russian Minister of Defense General Shoigu affirmed to an audience in Hanoi on 23 January that “the contract for the delivery of the S-400 to the Turkish Republic, which is a NATO member,” has been signed recently.