Michelle Obama on the Campaign Trail 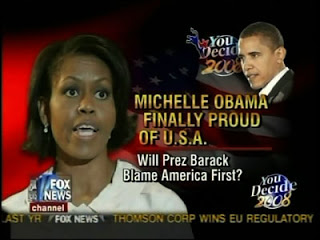 The First Lady will begin her campaign tour to help the Democratic Party win re-election is set to kick off on October 13 in Chicago. There is a strong possibility of a turn out to see the Michelle Obama in Chicago because there are a lot of black people and union members who feel that they owe the Obama Family for their benefits, provided “free” by the government.
She came out and said that she was proud of the USA and felt like an American for the first time when she became First Lady. Other than that, her life of privilege was a sincere grind. There were the political give-me jobs where she just had to show up and collect a paycheck because he political husband voted for something and that was simply the graft delivery device. The mansions she lived in and the BIG mansion she currently lives in at taxpayer expense somehow have never measured up. 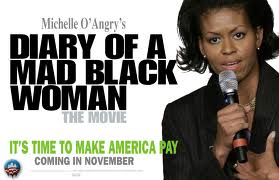 We’ve heard that she isn’t all that pleased with her current job. I suspect that she’s not going on enough vacations – but I doubt that she’ll carp about that while campaigning in Democratic Party enclaves (to insure a turn-out). I don’t think that anyone believes she’ll come close to Glenn Beck’s numbers in drawing a crowd. Then again, it depends on how many people they can budget. Transportation/bussing, a sack lunch, machine-made signs and the direct pay for participation of the throngs of supporters can be a drain on campaign funds. But if it’s for the First Lady, maybe they’ll open the purse strings and make her feel welcome! 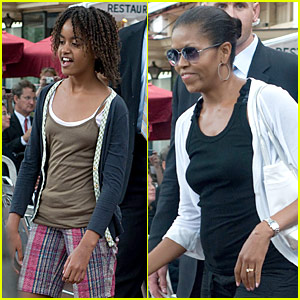 The obese are not welcome at Michelle’s campaign rallies. IF you are overweight and IF you show up, you are likely to be pointed out by the First Lady as an object of derision in much the same way as she has shown America that her children are almost hopelessly fat. I don’t see it, personally, but Michelle clearly does.
Does excluding fat people from a Michelle Obama rally equate to a loss of votes for candidates she’s campaigning for in November? I doubt it. I can’t imagine that a Michelle Obama endorsement of any candidate would change the outcome of an election in any meaningful way. The only thing it might do is COST the Democratic candidate a few votes.
As a counter balance, the Democrat will have the opportunity to spend a few minutes with the charming Mrs. Obama. What a genuine treat!
When the First Lady leaves the umbrella of the Chicago political machine, she’ll head to Los Angeles to whip up support for Barbara Boxer (D-CA). (LINK) “National Democrats are clearly so nervous about Californians’ distaste for Barbara Boxer and her nearly three-decade political career of supporting job-killing policies and failing the people of California that they are forced to send in reinforcements,” said her spokeswoman, Andrea Saul. Sending Michelle Obama, an angry black woman, to “reinforce” Boxer is like dropping a large bomb down the smoke stack of the SS Titanic after it’s been sliced open by an iceberg. But the Democratic Party is down to that to try and rescue Boxer’s senate seat.