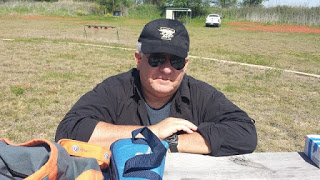 Facebook
Twitter
Pinterest
WhatsApp
China
While it’s not covered here in the mainstream media, the Chinese press is whipping up people in the PRC to prepare for war with the USA. It has to do with Taiwan and with serious economic downturns in the worker’s paradise. There’s talk on the street in Shanghai of interning Americans living in China during the upcoming war.
Will the PRC invade Nationalist China to save itself from its failing economic policies? What would the USA do if China invaded? Does the ocean belong to China exclusively? All of these questions and more are rarely explored in the corrupt, venal, lying, smug, sly, mainstream media – but they are endlessly speculating about whether creepy porn lawyer Michael Avenatti or Hillary Clinton will be the next US president.
President Xi is under a lot of pressure, and the US isn’t underwriting their economy to the tune of almost a trillion dollars a year anymore as President Trump works to make America great again. As the US rebuilds, China feels the pain. It won’t deter their military build up for the moment. The problem China has is its citizens. They’ve been promised eternal continuing prosperity and the central government can’t deliver.