On the Trail of Geronimo 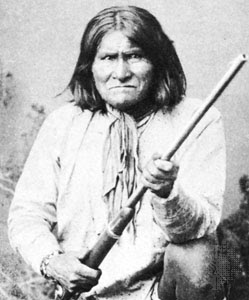 When I was a young man, learning to jump out of a perfectly good airplane, wearing a parachute, we were instructed to shout GERONIMO! If the static line hadn’t pulled off the deployment sleeve of the chute by the time we said the word, we were told to consider emergency procedures to kick loose of the main and deploy the reserve. We jumped at 3,000 feet and there was time before we would hit the ground. Later jumps at 800 feet were not as forgiving and nobody carried a reserve chute.

His name was Goyahkla. He beat the Mexican army on “St. Geronimo Day” so soundly that they forever called him Geronimo. The name stuck.

Geronimo was never actually a chief but he was a very successful raider who knew the land and was able to use vast swaths of the Desert Southwest to out-fox many thousands of soldiers who were sent to bring him in.

The desert has water – almost everywhere. You just need to know how to find it and how to use it. The Apache didn’t need that much water to survive in the field. The American Army required vast quantities of it. In the land occupied by the Apache, that became a problem. 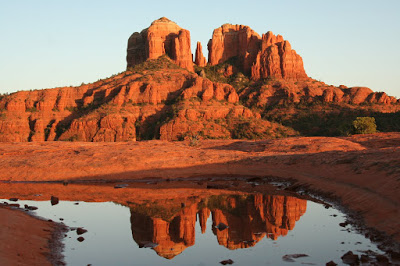 Was Geronimo that good or was the Army that bad? In the end 25% of the entire US Army was required to bring in 36 Apache warriors. This (LINK HERE) documentary is not bad, laying out the facts.
After they submitted/surrendered, the White Mountain Apache, the Yavapai Apache, the Chiricahua and others had difficulty living at the San Carlos Reservation and tended to drift between there, the Fort Apache Reservation (directly north) and the reservation at Camp Verde. That became the Army’s problem. If you look at the face of Geronimo (top of this page), you can speculate what sort of raider he was.  There were a lot of bones left behind in the sun.

The San Carlos Reservation is one of the poorest Native American communities in the United States, with an annual median household income of approximately $14,000 in 2000, according to the US Census. I hesitate to speculate what percentage of that $14K income is spent on alcohol. About 60 percent of the people live under the poverty line, and 68 percent of the active labor force is unemployed. The San Carlos Apache Indian Reservation encompasses 1.8 million acres of land area in northern Graham , southeastern Gila, and eastern Pinal Counties. 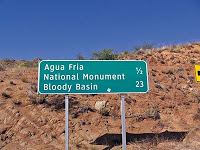 I drove north from expedition headquarters in Scottsdale on I-17 and ran across “Bloody Basin Road”. Bloody Basin is located in Yavapai County, along Bloody Basin Road, 23 miles east of Exit 259 at I-17.  Unsurprisingly, you get there by driving along the road of the same name.
It’s worth researching, right?
In early March, 1873, a band of Tonto-Apache attacked and killed a party of 3 Whites, and torturing one before he died. The atrocity spurred a punitive expedition under the specific command of Capt. George Randall, and the general command of General George Crook.

The Apache were tracked to Turret Peak, a Yavapai stronghold in central Arizona.  Naturally, other Apache, scouts for the Army, did the locating. In late March of that year, Randall and a group of soldiers and scouts crept up Turret Peak at midnight under a full moon.

At dawn they attacked. The Apache were so taken by surprise that they panicked, many of them jumping off the mountain precipice to certain death below. Those who resisted were quickly killed or surrendered.
57 Indians were killed, with many more injured. No soldiers were killed. Several of them were later awarded the Medal of Honor. 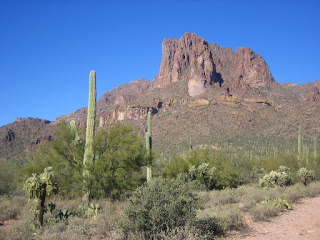 My sense is that if it had been Geronimo’s band, they would not have been so easily defeated.

However, the loss to the soldiers demoralized the Apache, who felt that the defeat at Turret Peak (sacred ground) meant that God had forsaken them. Two weeks after the battle many of the Indians surrendered to General Crook at Camp Verde and were removed down to the San Carlos Reservation, not to return for decades later.

The history of the Apache is burned into the Arizona landscape and remains with many such arcane details, ignored by most modern people as they rush from place to place in their cars and motor homes.