Facebook
Twitter
Pinterest
WhatsApp
BREXIT Comment
The European Union’s Parliament has rubber-stamped the withdrawal agreement agreed between Brussels and London. It is a largely symbolic move which means the last administrative hurdle was cleared and the United Kingdom departed the European Union. I know that there were a lot of progressives who wanted to surrender their sovereignty for the sake a big happy EU. True to form, those people didn’t care that Britain received a huge ‘rogering’ from the EU.

I received texts from friends in the UK, expressing their joy at being separated from Old Europe and de-linked from Germany, who many people see as circling the drain. This is not a criticism of friends who live in Germany. But the government has consistently acted in a way that many believe is not consistent with the best interests of the German people. Will the French dump Macron and follow the UK?

The Super Bowl
I will be watching, but I’m not going to handicap the outcome. KC stands a good chance, but the Niners have had a great season too. People are coming over (about 8 RSVP’d) and I plan to BBQ. The food is as important as the game is. Truth be told, it’s a social event more than a game (I know that sounds like heresy to some people), when YOUR favorite team isn’t playing.
The Acquittal 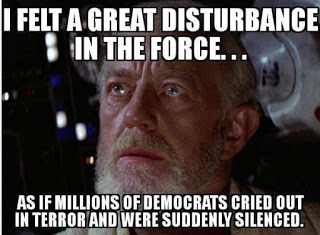 The Democrats have vowed to start another round of impeachment with treacherous John Bolton as their poster chid. Pelosi cackled that President Trump will be impeached twice in the same term in office.
I think that this time, we’ll see Pierre Delicto, himself, appear and testify to some sort of lie. It certainly wouldn’t be something that Mitt would object to or shrink from. He’s planning another go at the presidency in 2024 and feels that showing that he’s an enemy of President Trump will be worth thousands of votes. They seem to like him in Utah but nobody else seems to.