Oh NO! Not AGAIN!

The Community Reinvestment Act of 1977 was passed to “reduce discriminatory credit practices against low and moderate income neighborhoods.” (text of Housing and Community Development Act). What it did was to take enforcement of lending guidelines away from bank examiners and lending executives and compel banks to give those decisions to housing activists (like ACORN). (CLICK HERE FOR MORE)

Forbes Magazine reported that the White House wants to expand the law that was principally responsible for the mortgage meltdown. Dear Leader is at it again and you  – ALL OF YOU – need to pay attention because it directly impacts the future generation financially.
The Community Reinvestment Act of 1977 forces banks to seek the permission of community activists like ACORN or SEIU in order to get regulatory approval for bank expansions, new branches, mergers, etc.
ACORN and SEIU have been cast by liberals as “champions of the poor” and “champions of change”. We have seen the reality and the financial meltdown on Wall Street was not a change any of us wanted to see.

Economist Stan Liebowitz wrote that community activists intervention at yearly bank reviews resulted in their obtaining large amounts of money from banks, since poor reviews could lead to frustrated merger plans and even legal challenges by the Justice Department. (Stan Liebowitz, NY Post February 5, 2008)
Michelle Minton noted that Chase Manhattan and J.P. Morgan donated hundreds of thousands of dollars to ACORN at about the same time they were to apply for permission to merge and needed to comply with CRA regulations. ( Michelle Minton, The Community Reinvestment Act’s Harmful Legacy- Competetive Enterprise Institute, March 20, 2008)

The Community Reinvestment Act was changed in 1995 by President Bill Clinton and again by President Clinton in 1999 when he signed into law the Gramm-Leach-Biley Act, also known as the Financial Services Modernization Act, which was the catalyst for the sub-prime mortgage disaster that this nation experienced last year. 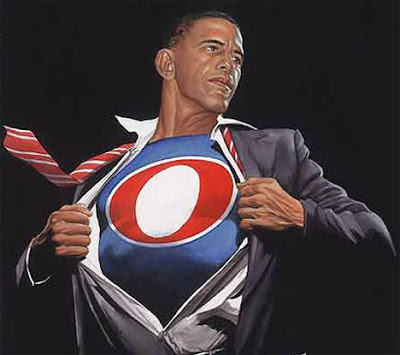 Today, Dear Leader is pushing for the Federal Financial Institutions Examination Council to obtain expanded authority over “supervision of financial institutions” (Section 340 Housing and Community Development Act of 1980) and that means a continuation and even an expansion of lax lending standards which were the cause of the financial crisis.
WHY IS DEAR LEADER DOING THIS?
That is one way to keep the “economy moving”.
HUH?
So there is a bear in your house, tearing the place to pieces and you let a lion in your house as well in the hope that he’ll go after the bear?
This is the sort of solution Dear Leader
is trying to jam through Congress
under-the-radar.